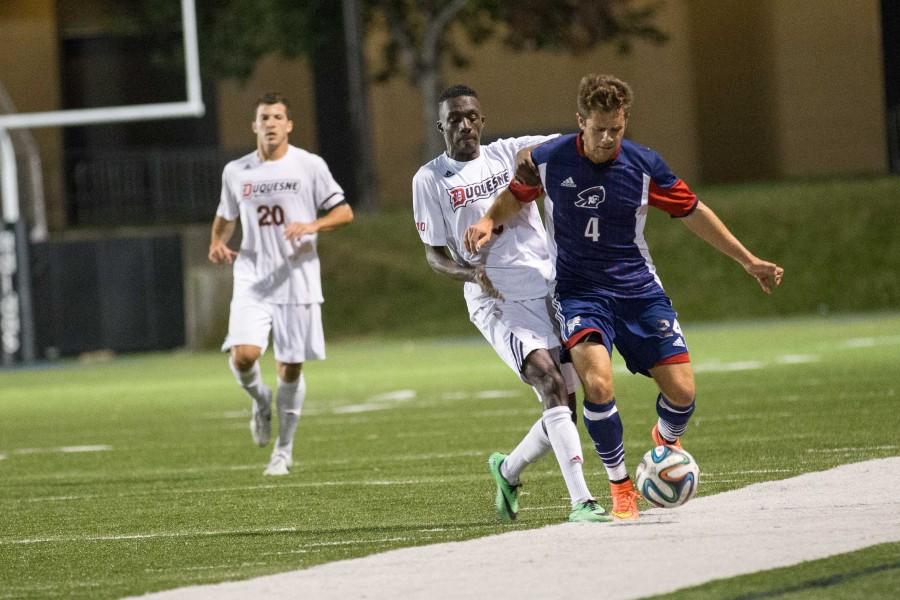 Robert Morris used two goals Saturday on the road against Lehigh to earn their third win in a row.

RMU 2 (3-3-0), Lehigh 1 (2-4-0): The Colonials made it three straight victories Saturday after defeating the Mountain Hawks of Lehigh in Bethlehem, Pennsylvania by one goal. The first half of the game was scoreless but in the 54th minute, Junior Jake Cooper scored his second goal of the season and gave the Colonials the 1-0 lead. Roughly eight minutes later fellow junior Rafeal Bruzual netted his third goal of the season and gave RMU a 2-0 lead. But less than a minute later Lehigh found the back of the net to cut their deficit one goal. However, goalie Winter Fondi and Robert Morris held off the Mountain Hawks for the remainder of the game to clinch the victory. Winter Fondi earned the win in net making four saves on the day. Lehigh out shot the Colonials 16-15 but was only able to get one shot past goaltender Fondi.