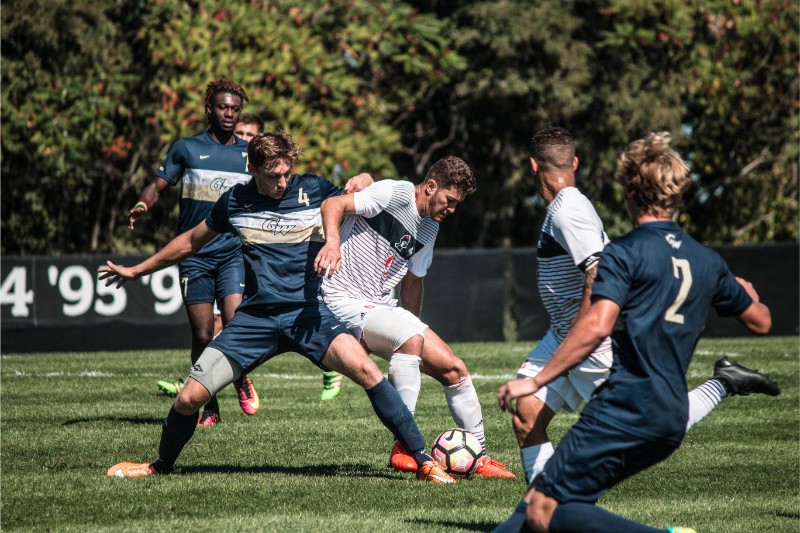 After Sunday's loss, the Colonials are still looking for their first conference win of the season.

Bryant 3 (2-91, NEC 1-1-1), RMU 3-8-2, NEC 0-3-1): Robert Morris fell in the NEC standings Friday afternoon at Bryant in Smithfield, Rhode Island after suffering a 3-0 defeat. The Bulldogs scored two first half goals, one in the 40th minute which turned out to be the winning goal and another a few minutes later in the 44th minute. Bryant tacked on an insurance goal early in the second half to take a three goal advantage over the Colonials who could only muster 7 total shots compared to Bryant’s 20 shots. Robert Morris goalie Winter Fondi made eight saves but was handed the loss.

Sacred Heart 3 (3-9-2, NEC 1-4), RMU 0 (3-9-2, NEC 0-4-1): The Colonials dropped their fourth straight game and suffered their third straight shutout Sunday afternoon in Fairfield, Connecticut against Sacred Heart. The Pioneers scored all three of their goals in the opening half jumping on the Colonials early. The Sacred Heart defense kept strong in the second half preventing any sort of RMU comeback from developing. The Pioneers out shot the Colonials 17-8. Robert Morris goalie Winter Fondi made five saves but it wasn’t enough to help hi team break their current losing skid.