Powerhouse Pine Richland too much for Moon Tigers 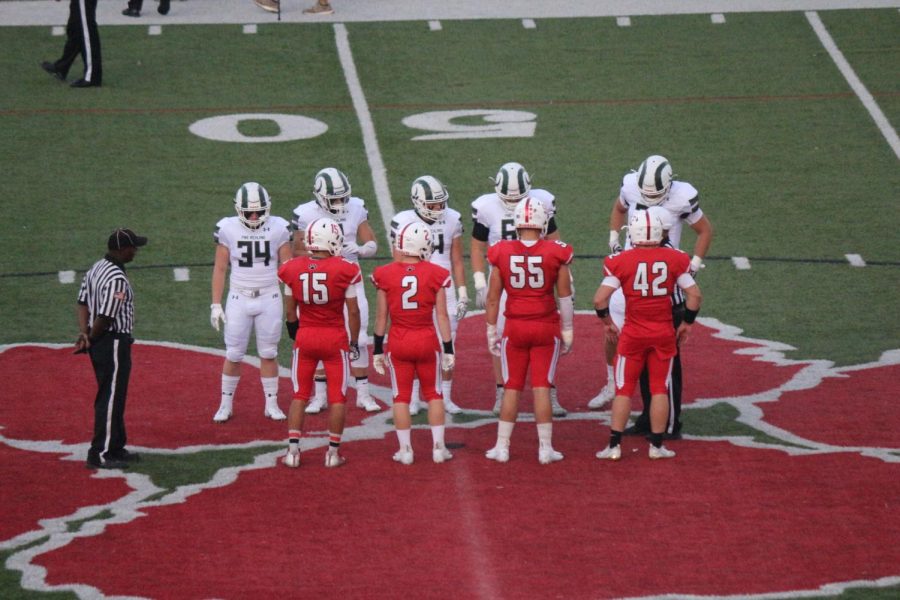 The Moon Area Tigers (1-2) took on the powerhouse Pine Richland Rams (2-1) for a non-conference match-up at Tiger Stadium in Moon, PA. The steady offensive attack and defensive dominance from Pine Richland led the Rams to a victory over the Moon Tigers.

The Rams defense showed up early in the game with a pick-six on the second play of the game after the defense blew up a developing screen pass. Later on, in the quarter the Rams showed their special teams ability by blocking a punt and returning it for a touchdown.

Throughout the entire game, the Rams defense provided constant pressure on Dante Clay, the Tiger’s junior quarterback, and shut down Moon’s senior running back Brady Sunday. Clay never looked comfortable throughout the game with the Rams defensive pressure and their ball-hawking secondary. Clay ended the game going 5/13 with 38 passing yards and an interception. Sunday saw few blocks from his offensive line and ended the game with 7 carries going for -9 yards.

The Rams on the other side of the ball were constantly given decent field position and consistently capitalized on it. The sophomore quarterback Cole Spencer for the Rams played well in the two quarters he played. He went 8/14 with 113 passing yards, 42 rushing yards, and two passing touchdowns. Supplementing their passing attack was the Sophomore Running Back Caden Schweiger who has 65 rushing yards on 9 carries.

Disregarding the dominance that the Rams displayed, the Tigers had many bright spots in the game. Senior Christian Tanner seemed to be everywhere on the field as he racked up multiple tackles and a sack. Tanner also had a 57-yard rushing touchdown near the end of the 2nd quarter. The Tiger’s backup quarterback, Richie Forkey had a few solid drives going 4/7 with 65 passing yards and a touchdown.

At the conclusion of the game, Pine Richland defeated Moon Area 42-14. The defending state champs proved to be too dominant in every aspect of the game for their opponent.

The Tigers look forward to playing the Baldwin Highlanders next week in their second conference matchup of the year.