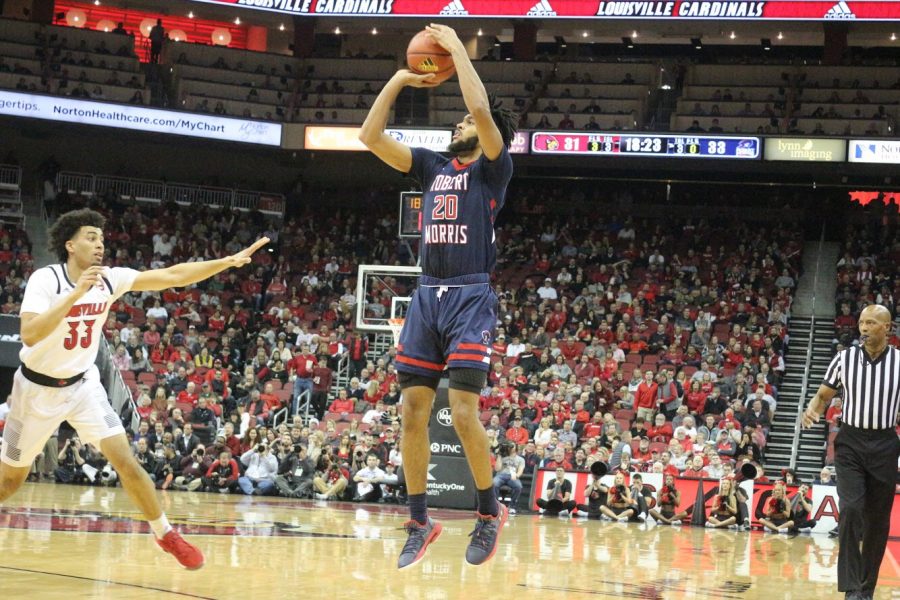 After finishing third in the conference last season with a 12-6 record, Mount St. Mary’s was projected to finish in last place in the preseason poll.

The Red Flash hope to rebound off of another solid year, finishing last season 12-6 in NEC play. They return their top five scorers from last season, which all scored at least 14 points per game (ppg). Senior guards Jamaal King and Andre Wolford and junior guards Keith Braxton and Isaiah Blackmon look to continue their success for the Red Flash. All four players average at least 10 ppg during the 2018-2019 season. Their schedule only created about one NEC-caliber matchup, where they defeated Niagara (79-75). They look to start conference play strong after losing games to three top 20 opponents (UCLA, North Carolina, and Virginia Tech) during non-conference play. This is a team that has played many teams incomparable to NEC teams, so it will be interesting to watch their approach to conference play.

The Seahawks should return to dominance after winning the last three regular season NEC championships. But, after losing in the finals of the NEC tournament two of the last three seasons and losing in the semi-finals of a NEC tournament a few seasons ago, it seems unlikely for them to win the tournament this year. That being said, the Seahawks are terrific while playing at home, going 16-1 last year in Staten Island. The Seahawks should still be a favorite for the conference even after sophomore standout and leading scorer last season Blake Francis transferred to Richmond over the offseason and JoJo Cooper, the Seahawks’ second leading scorer, to graduation. They do return Romone Saunders and Elijah Davis who averaged 14.3 and 7 ppg last season0, respectively. They average 17.4 and 1.7 ppg this season, respectively. Wagner led Saint Joesph’s (A10 by one at halftime before losing 59-57 and was losing by one point to St. John’s (Big East) before losing 73-58. This is a team that should start the NEC season strong.

Andy Toole and his Colonials look to bounce back this season after losing in the semi-finals in last year’s conference tournament. They return seniors Matty McConnell and Malik Petteway. Josh Williams will play in his first season in a Colonial uniform after sitting out the 2017-2018 season due to NCAA transfer rules. Josh Williams leads the team in minutes per game (31.8) and points per game (16.1) and his younger brother Jon Williams leads the team with 4.2 assists per game. The two Williams brothers should propel the Colonials to a top three finish in conference play. The Colonials led Louisville 32-29 at half before falling to the Cardinals 73-59 and were losing by two against USC before falling 83-62.

First year coach Dan Engelstad will look to rebuild the program after Jamion Christian left the program to become the head coach at Siena College. Engelstad’s team will feature only freshmen and sophomores this season with nine freshmen. This is a team who shoots a lot of three-pointers (315) but has not made a majority (28.9%). The Mountaineers also turn the ball over 15 times a game. The Mountaineers will try to recover after losing standout and leading scorer Junior Robinson to graduation and Jonah Antonio to transfer. Jalen Gibbs leads the team this season in points (16.1) and rebounds (6.2).

Game of the Year:

This game could easily decide the champion the NEC regular season and the first seed in the NEC tournament. The Red Flash and Seahawks will be a very competitive teams this season in the NEC and the Seahawks also do not lose at home. Look for a great matchup between the Seahawks’ Romone Saunders and the Red Flash’s Jamaal King and Keith Braxton. This is a must watch game with many upperclassmen leading their team. We also could see a guard-heavy performance from each team. This could be an NEC Tournament Championship preview.