Preview: A tough match lies ahead for women’s soccer 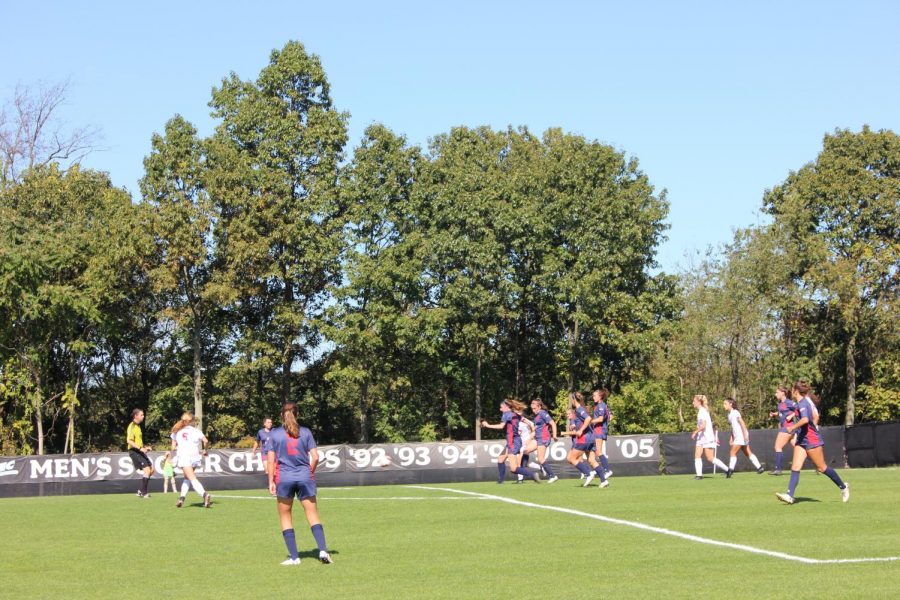 MOON TOWNSHIP– It will be bright weather on the pitch for an NEC clash between the RMU Colonials (4-8-1, 2-3-0 NEC) and the FDU Knights (6-5-3, 5-0-0 NEC). Saturday’s game is shaping up to beauty to watch as the Knights will put their perfect NEC record on the line against a strong Robert Morris University team.
Recapping RMU
For RMU, they are coming off of a tough loss to Sacred Heart (6-5-2, 3-1-1 NEC) 1-0. They played really well in that game, posting up ten shots on goal, but just could not find the back of the net. RMU had really good control of the game but gave up the goal that would decide the outcome in the 24th-minute. For FDU, they are coming off of a 2-1 win against Saint Francis (4-7-1, 3-2 NEC).

In order for the Colonials to win this match, they need to play a really well and communicate on defense. The back four need to make sure that FDU has no easy chances against Bruckner. Speaking of Brucker, she has played extremely well since having her named called after starting goalie, Julia Schmid, went down with an ankle injury. Bruckner needs to be sharp in net and needs to communicate with her team if they want to win this match. RMU also needs to focus on playing a solid game at midfield so they can give their strikers a chance. RMU needs to look for Sheridan Reid, as she has four goals on the season. If they can get Reid some chances, RMU will put up a fight against FDU.
Scouting Fairleigh Dickinson
For FDU, they have played well against NEC competition. They have won their first five matches and look to continue their dominance in the NEC by defeating RMU on their home pitch. They have players that can attack from everywhere on the pitch. They have a goal record for every spot on the team from their strikers to defense. FDU has a team that no matter what opportunity you have, you better make sure that every player in the box is marked or FDU will capitalize on their chances. FDU has been really strong so far in conference play and that is due to the strong bond and communication that they have.
Players to Watch
Sheridan Reid (RMU)

Reid has four goals on the season and she looks to add to her total. She is extremely dangerous in space and can create space in an instant. If RMU wants to win this game, they need to get the ball to Reid.

Bruckner has been really good for the Colonials, she is very agile and able to get to a spot quickly to make the save. She has great reflexes and she is a great decision-maker. She needs to be sharp in the net if the colonials want to win this match.

Skansberg is one of many dangerous players on FDU and she can create havoc on the pitch. If she can get into open space, she is dangerous and can score from any angle.

Egner is again one of many talented players on this FDU team. She is a great passer and is very durable having started in all of FDU’S games.

My prediction for this game is that it will be close. RMU will keep the game close throughout the entire game by passing and communicating well. However, I see the Colonials losing this game 2-1 in overtime. I see this game as a trap game for FDU and RMU will give FDU everything they have.