Preview: Colonials look for a win in home opener 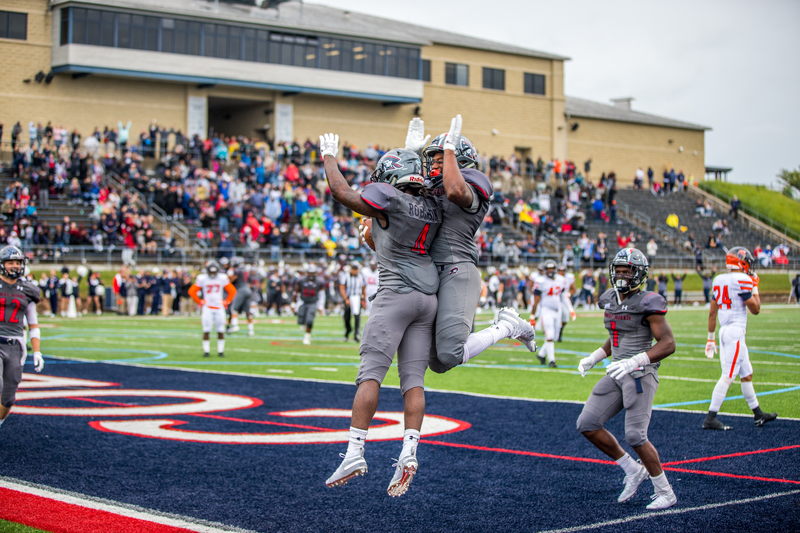 MOON TOWNSHIP– The Robert Morris football team (0-1) is looking to get their first win of the season on Saturday when they take on the Kentucky State Thorobreds (0-0). This matchup will serve as their home opener, a game that the Colonials have won two years in a row. Robert Morris had a memorable win over Dayton two years ago and won the first game of the Bernard Clark era in last year’s home opener. Let’s see if RMU will continue this streak, or if Kentucky State will go home with the win.
Previewing RMU
Despite last week’s loss to Buffalo (1-0), Robert Morris kept the game closer than most people thought they would. This has fans of the team upbeat as the Colonials prepare for their first game on home turf.

The Robert Morris offense recorded only 240 yards against Buffalo last week. This was just shy of 100 yards less than their season average for 2018. Star tight end Matthew Gonzalez did not record a catch in the game, and RMU only had 92 yards through the air in total. George Martin managed to complete seven out of his nine passes, and despite not having many pass attempts, he showed that he could find the open man. Expect him to have more attempts to throw the ball against Kentucky State.

The defense allowed 38 points on top of allowing 354 total yards. Buffalo was able to tally nearly 300 yards on the ground, showing that the RMU rush defense still needs to improve. Jaret Patterson found the endzone and had an impressive 90-yard performance. His longest rush of the game went for 29 yards. Robert Morris looks to improve their rush defense, which also struggled last year, on Saturday.
Scouting Kentucky State
Kentucky State, a Division II team, is coming off of an 0-10 season in 2018. Despite not winning a game, Kentucky State did compete well in most games, as four of their losses were by a touchdown or less.

The Thorobreds rush offense averaged over 150 yards per game last season, but their pass offense struggled for the most part. Kentucky State will have a new quarterback under center for this matchup against RMU, however. A Gardner Webb transfer, Jaylen Myers, will look to inject new life into the offense. Myers is very quick and capable of escaping opposing defenses.

On the defensive end, Kentucky State allowed 377.8 points per game last season. In addition to that, their rush defense allowed opponents to run for 179.9 yards per game. Opponents also scored found success through the air, averaging just shy of 200 yards. Kentucky State will need to tighten up on defense, like RMU, and give Myers a chance to prove that he can turn the offense around as well.
Players to Watch
Alijah Jackson, Running Back, Robert Morris

Jackson’s ability to find success against almost any team is something that the Colonials must capitalize on. I expect him to cement himself as a star in this game against Kentucky State.

Martin might not have had many chances to show off his arm last week. Despite this, I believe that he will show off what he can do this week against Kentucky State’s pass defense.

Myers will be under a lot of pressure in this game as he makes his first start for the Thorobreds. Expect him to carry the ball himself a few times in hopes of keeping the RMU defense on its toes.

Roberts is a force on the defensive line. He was second on the team in tackles last season and knows how to get pressure on opposing quarterbacks and ball carriers.
Prediction
I believe that Robert Morris will win their third straight home opener. I expect the Colonials offense to get into a solid ryhthm in this game, and for the defense to put pressure on the Thorobreds all game long. Look for Myers to score for Kentucky State, and look for Jackson to find the endzone for the Colonials.