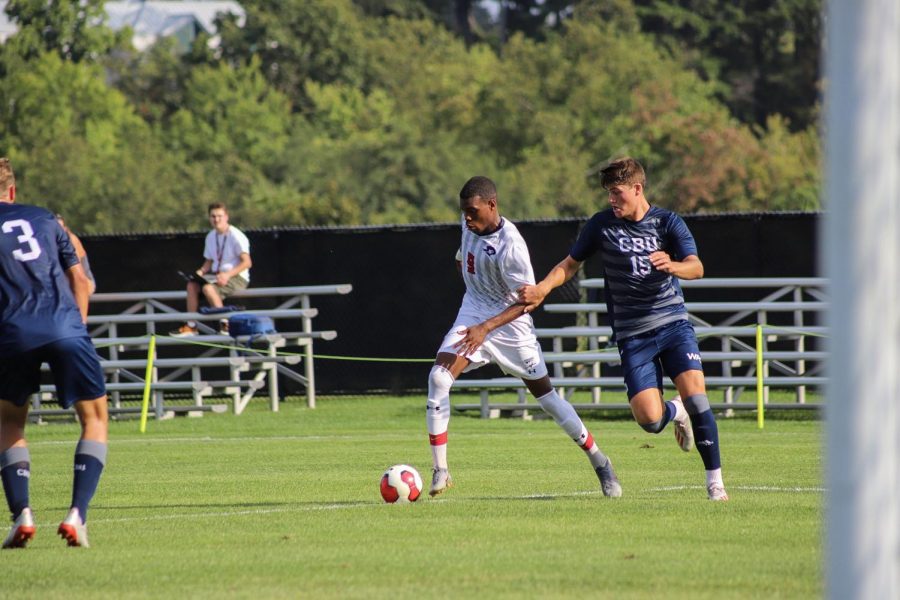 Recapping RMU
The Colonials most recently won their match against Sacred Heart (2-10-2, 1-4-2 NEC) this past Friday, scoring five total goals and allowing only one. The Pioneers scored at the 22-minute mark, but from then on, the Colonials took over the game, scoring all five of their goals in the second half. The men’s soccer team came off of a 5-0 loss to St. Francis Brooklyn (7-5-1, 3-4 NEC) last Sunday, and redeemed themselves with a dominant performance of their own.

Scouting LIU
The Sharks have won their past three games, most recently coming off of a 2-0 victory vs. Bryant (7-6, 4-3 NEC). They suffered their most recent loss against Merrimack College (8-3-2, 6-0 NEC), who currently sits at the top of the NEC.

The Colonials currently have a record of 5-7-1 against LIU since 2006, and lost their most recent matchup against the school on October 19, 2018, in a 1-0 shutout, when they were known as the LIU Brooklyn Blackbirds.
Players to Watch
Papa Ndoye (Long Island)

The freshman has tallied four goals and an assist for the Sharks this year, scoring two of those goals in their previous match with Bryant. Coming off of a great performance, Ndoye is looking to continue his impressive year with this upcoming game against the Colonials. To give themselves the best chance to win, the Colonials’ defense will have to contain the explosive forward.

Prediction
The Colonials will end the Sharks’ 3 game winning streak and move up in the NEC standings with a 3-1 victory.