Preview: Colonials look to turn it around against Long Island 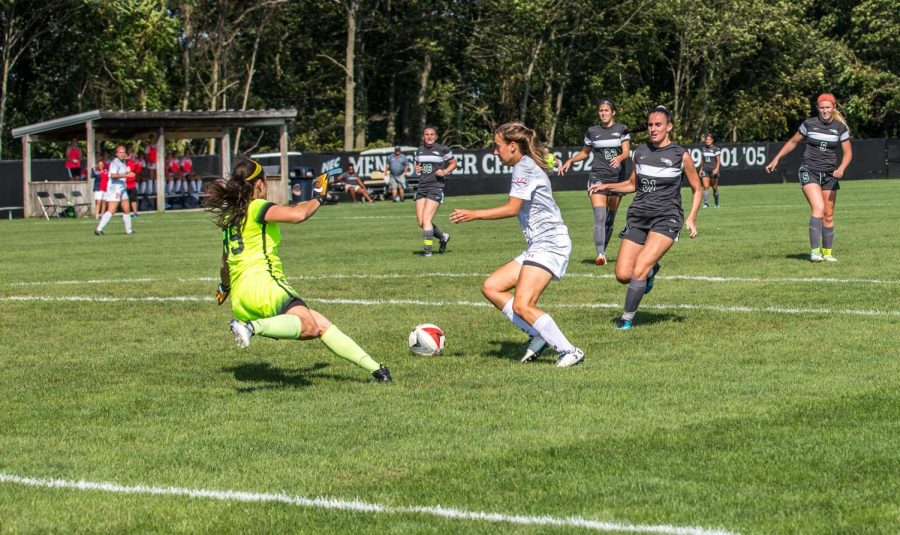 Long Island, NY. — The Robert Morris women’s soccer team (3-7-1, 1-2-0 NEC) are taking on Long Island University (2-8-1, 1-2-0 NEC) this Sunday, October 6. The Colonials are looking to bounce back from a 2-1 loss against Wagner University (4-6-1, 2-0-1 NEC). The last time RMU and LIU met, September 21st, 2018, the Colonials had a 2-1 victory. This will be the first matchup between the schools since LIU Post and LIU Brooklyn merged athletic programs.
Recapping RMU
The Colonials come into this game having suffered a 2-1 loss against Wagner on Friday night. The Colonials were scoreless throughout the whole first half. In the second half, sophomore Bailey Farabaugh scored a stunning goal from 20 yards away. Farabaugh’s goal was the only of the night for the Colonials. Eight of RMU’s 10 outfield players registered at least one shot. A staggering 14 out of 19 scoring attempts occurred after halftime. The second half of this game was arguably the best half of the season. If the Colonials can keep this momentum against Long Island, they will be a tough team to beat.
A look at LIU
Long Island University suffered a 2-0 loss against Saint Francis University (3-6-1, 2-1-0 NEC) on Friday afternoon. At just 10 seconds into the match, sophomore Kendra Oldroyd almost registered the first goal of the game for the Sharks, however, the shot was denied by SFU goaltender Julia Hernan. In the 73rd-minute of the game, SFU scored the opening goal and took a 1-0 lead. Sophomore Mia Rose Daly had a scoring opportunity in the 79th-minute, but the shot was blocked. SFU registered another goal in the 85th-minute, holding their 2-0 victory. The Sharks will want to produce more offense if they want to win against the Colonials.
Players to Watch
Sheridan Reid, Midfielder/Forward, RMU

Freshman Sheridan Reid registered a team-high of six shots in the match against Wagner, with three of the shots being on frame. She looks to be a promising component to RMU’s offense as she owns her high school, Camp Hill’s record for points with 175 (75g, 28a).

Sophomore Bailey Farabaugh had RMU’s lone goal against Wagner. In her freshman season, she played in 18 games and started 12. A major part of RMU’s offense in the 2018 season, she tied for second on the team in points (four) and shared the team lead in assists (two).

Sophomore Kendra Oldroyd led the Sharks with four shots and one shot on goal. She has played a total of 612 minutes so far this season, tallying up two goals and six shots on goal.

Sophomore Mia Rose Daly had a scoring opportunity in the 79th-minute of the match against SFU, but the shot was blocked. In her rookie season, she appeared in 18 games and started in 16. Last season she also clocked in 1517 minutes on the pitch as a defender.
Prediction
I think that the Colonials will capture their second NEC win of the season by defeating the Sharks by a score of 2-1.