Preview: Colonials look to turn it around vs. SFU 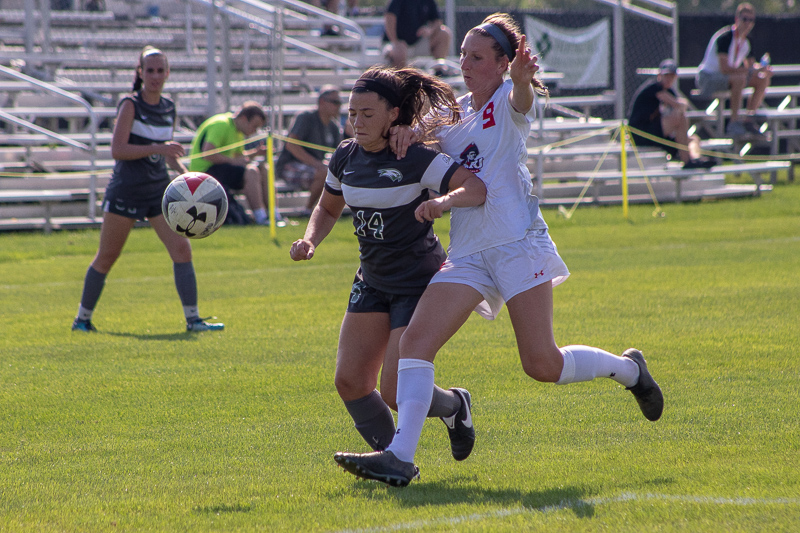 The Robert Morris women’s soccer team (3-11, 1-3) hasn’t had their best stretch of games recently. They are 1-3 in their last four games and haven’t made any improvements over that stretch. The opportunity to improve their conference record presents itself on Saturday at 1:00 p.m. against the Saint Francis University Red Flash (5-6-3, 3-0-1).

The Red Flash are 3-0-1 in their last four games, which were all conference games. SFU has scored six goals during that stretch. The offensive attack is led by junior Alyssa McGhee with 11 points. The Colonials will have to keep an eye on McGhee if they plan on staying with the Red Flash in this one.

With McGhee headlining the SFU offense, another player to watch for the Red Flash is senior Sara Suler. With eight goals on the year, she is another deadly weapon for SFU. The Colonials have their fair share of weapons too though. Jane Schleicher, who’s currently caught in a slump having no points through her last three games, will be looking to have a big game against the Red Flash. She, as well as the rest of the team, will look to break a slump of their own.

The Colonials need a win to give the team something positive to reflect on, but it doesn’t look like this will be the game they will win. An opponent with a superior overall and conference record is always a daunting task especially when that team is undefeated in conference play. The Colonials will only go as far as their keepers will take them in this one unless the offense comes to life.