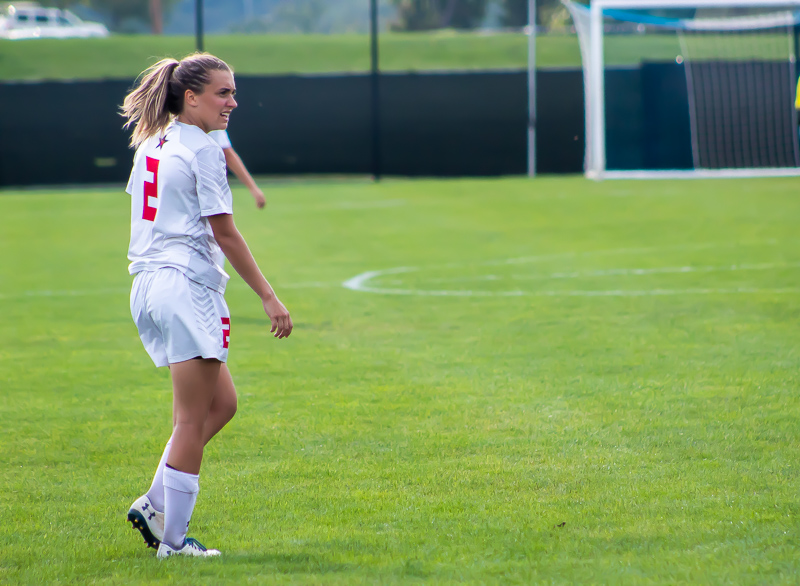 The Colonials’ last game was a 3-1 loss at Fairleigh Dickinson (3-7-3, 1-1-1). Freshman Bailey Farabaugh scored the only goal for Robert Morris. The Mountaineers last game was a 1-1 draw to LIU Brooklyn (2-8-3. 0-2-1) in double overtime. The lone goal for Mount St. Mary’s was junior Jaylyn Chandler.

Recapping RMU
The Colonials are on a bit of a down stretch as of late, only winning one of their last five and losing two in a row. The single win was their first NEC conference game. They won 2-1 against the Wagner Seahawks (1-10-0, 0-3-0). The Colonials currently sit tied for fifth in the conference with Sacred Heart University (2-10-0), 1-2-0).

The Colonials have been outscored 10-5 over the past 5 games, including two 3-1 losses. Those two losses came from Fairleigh Dickinson and the Akron Zips (4-7-1, 1-3-0 Mid-American Conference). Since their last win, Robert Morris has also lost 1-0 to the Central Connecticut State University Blue Devils (9-1-2, 3-0-0)
Scouting Mount St. Mary’s
The Mountaineers have not won a game since Aug. 31, going 0-3-3 since then. The “Mount’s” last two games have ended in a draw. The first was a 1-1 draw to LIU Brooklyn and the other a 1-1 draw, again in double overtime, to Fairleigh Dickinson.

Mount St. Mary’s last win was a 2-1 win at home against the Howard Bison (4-6-1, 2-1-1 Southwest Athletic Conference). Freshman midfielder Maddie Tchou scored both of the goals in the game for the Mountaineers.
Players to Watch
Jane Schleicher (RMU): The senior from Pittsburgh, is always one to watch for the Colonials. She currently leads the NEC in goals with nine and is also tied for tenth in the NCAA. Schleicher also has one goal in NEC play, but is fourth in conference shots, with 12. Another player to watch for the Colonials is goalkeeper Sydney Bruckner. She is leading the NEC in saves and has one shutout on the year. Bruckner’s shoutout came against UMBC (1-11-0, 0-3-0 America East) in the Colonial’s first win of the season.

Kayla Hughes (MSM): For the Mountaineers, Kayla Hughes is the leading scorer. She has four goals on the season and is averaging 2.50 goals per game. These are fifth and sixth in the NEC respectively. Hughes has started all 10 games on the year for Mount St. Mary’s. In six games this year, sophomore Maggie Barron has 1.05 goals against average, a .741 save percentage and a 1-2-3 record.
Prediction
Jane Schleicher hits double-digit goals on the year, and Sydney Bruckner shuts out the Mountaineers to lead the Colonials to a 1-0 victory.