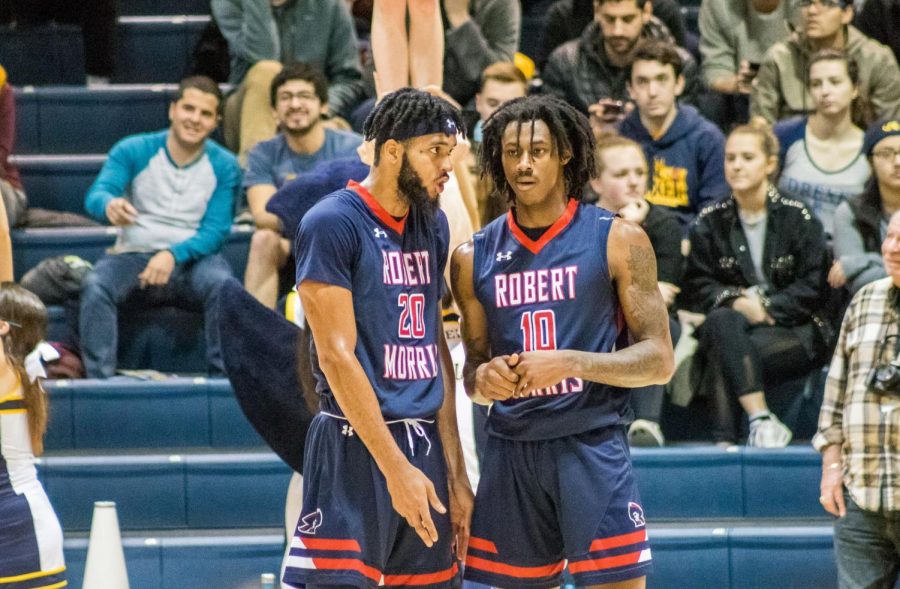 MOON TOWNSHIP — The Robert Morris University men’s basketball team (4-6) will be back in action Saturday afternoon when they travel to New Jersey to take on the Rider Broncos (2-3). The Colonials are entering the contest riding a three-game losing streak. In fact, the last time Robert Morris won a basketball game was in November.
Recapping RMU:
However, RMU’s last contest saw them lose a close one to the Siena Saints (4-6) by a score of 74-71. The Colonials lost the game on a three-point shot from the Saints Kevin Degnan with just 2.0 seconds remaining.

In the loss, two Colonials, in particular, led the charge for Robert Morris on the offensive end. Josh Williams went 6-13 from the floor including three from behind the arc on his way to putting up a team-leading 19 points. The other offensive standout for the Colonials was Matty McConnell who was able to put up 16 points of his own.
Previewing Rider:
As for Rider, the Broncos were victorious in their last contest, which was against Norfolk State (4-7). In this matchup, Rider defeated the Spartans 81-71. Redshirt sophomore Jordan Allen led the Broncos on the offensive end with 20 points. Another Bronco guard who performed well was junior Stevie Jordan who contributed 18 points.

The high scoring should come as no surprise for the Broncos as they have put up plenty of points so far this season. In each of the team’s six games, they have scored at least 70 points, and they average almost 80 points per game with an average of 79.7 points per game. As for the Colonials, they average 69.9 points per game.
Players to Watch:
Malik Petteway (RMU): My first player to watch for the Colonials is forward Malik Petteway. Petteway has had a solid start to the season as he is second on the team in scoring. He is averaging 10.5 points per game, which he does by shooting at nearly 60%. Petteway is also solid on the glass as he is second on the team in rebounds with 49. He averages 4.9 rebounds per game.

Matty McConnell (RMU): McConnell is my second player to watch for RMU and this is because of his stellar performance in the team’s last outing against Siena. I think that McConnell will continue this solid play against the Broncos. McConnell, while being the third highest scorer on the team (8.9 ppg), really shines on the defensive end. McConnell is one of the best players in the entire country when it comes to stealing the basketball. He already has 23 steals, which accounts for nearly a third of the entire team’s total (75). Rider has quality guards on their roster, and if the Colonials want to pick up their fifth win of the season they will need McConnell’s defense to help shut down this strength for the Broncos.

Demencio Vaughn (Rider): My first player for the Broncos is redshirt sophomore, Demencio Vaughn. Vaughn is the Bronco’s leading scorer on the season as he averages just over 15 points per game. He also leads the team in steals (15), rebounds per game (6.2), field goals attempted (65) and field goals made (35). As one can clearly see, Vaughn is a force on both ends of the floor, and if the Colonials want to neutralize this threat they may want to play Vaughn hard and take their chances sending the New York native to the line where he shoots just 64.3%.

Stevie Jordan (Rider): Jordan is one of four Broncos who average double digits in points per game. He is third on the team in this category as he puts up 11.7 points per game. Jordan does this by being an incredibly efficient shooter inside of and beyond the arc. In total, Jordan shoots an impressive 61.7% and, beyond the arc, he shoots an also impressive 56.3%. Both of these numbers lead the Broncos by a wide margin. After posting 18 points on 70% shooting against Norfolk State his last time out, the Colonials need to be careful if this sharpshooter stays hot.
Prediction:
Unfortunately for RMU faithful, I do not think that the Colonials have the firepower to hang with the Broncos. Rider has a whopping four players who average double-digit points per game, and they average almost 10 points per game more than RMU. I think Rider wins this one 87-69.