Preview: Men’s lacrosse preparing for most critical stretch of the season 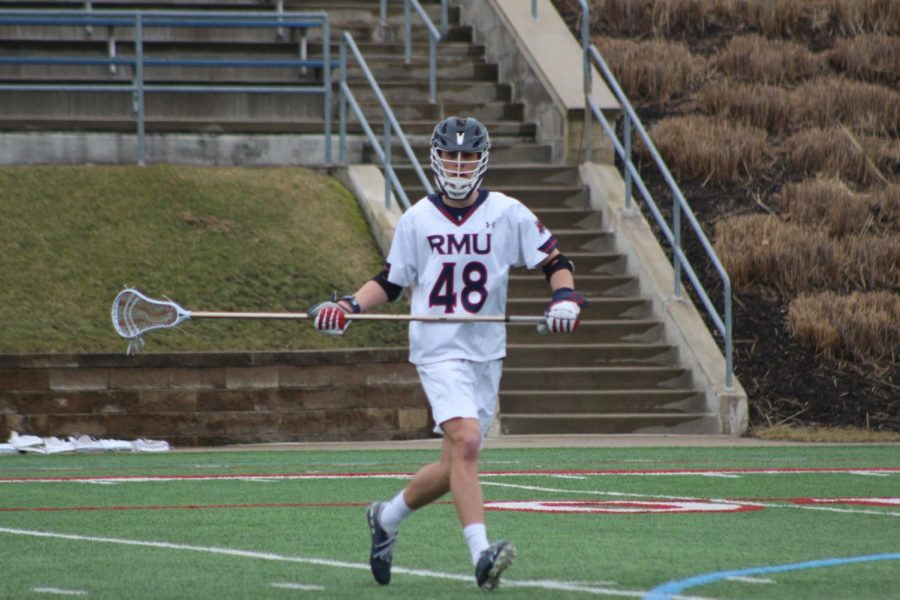 FAIRFIELD, Ct. – RMU men’s lacrosse (1-5) embarks to Sacred Heart University to take on the Pioneers (4-3) for the first game of the Northeast Conference season for both teams.

The Colonials have struggled against tough competition to start the year at 1-5. This record is against non-conference teams, but it is still critical that RMU rebound their slow start to take the NEC by storm in order to make a run for the NEC tournament and potentially the NCAA tournament should Robert Morris make it that far. Robert Morris still has two non-conference games on their schedule remaining, but those don’t happen for another month. Looking at what has happened thus far in non-conference play, the Colonials have been outscored 93-74 through the first five games of the year by their opponents.

Through seven games of non-conference play, Sacred Heart has barely outscored their opponents at 95-91. Looking at SHU’s recent stretch of games, the SHU Pioneers have won their past three games 17-16, 12-11 and 16-12 respectively. After Sacred Heart plays Robert Morris, they play four consecutive Northeast Conference games.

In their recent game against Hartford, which was a 16-12 win, the Pioneers only had to make four saves with Hartford making nine saves. The Pioneers, as a team, made a staggering 51 shots compared to Hartford’s 31 shots. Out of the 51 shots that SHU made, 25 of them were shots-on-goal. Hartford made 16 shots-on-goal in the game.

Corson Kealey (RMU): Kealey is currently a sophomore, so he doesn’t get as much time as the upperclassmen, but Kealey currently is a solid contributor to the Colonials by scoring 13 goals with three assists which is combined at 16 points. Kealey has 45 shots this year with 29 shots-on-goal. Kealey’s 13 goals are second-most on the team this year behind his teammate, recently-drafted Tyson Gibson who has 14.

Matt Schmidt (RMU): Schmidt is a redshirt senior who has been a solid contributor for the Colonials squad. For the season, Schmidt has scored 10 goals with four assists to total 14 points. He has 38 shots with 25 of them being shots-on-goal.

Logan Liljeberg (Sacred Heart): Liljeberg has appeared in all seven games for Sacred Heart, starting six of them. He also has nine goals for this season with 10 assists to total 19 points this year. This was done on 33 shots with 18 shots-on-goal.

Max Tuttle (Sacred Heart): Tuttle is more dangerous of a player than Liljeberg because Tuttle has scored an outstanding 21 goals with nine assists to total 30 points in seven starts. Tuttle also has made 70 shots with 49 shots-on-goal this year.

I predict Robert Morris to come up short against the Pioneers 19-14 and lose their first NEC game of the year. The reasoning behind is that the Pioneers have won their past three games and they hold a huge powerhouse in Max Tuttle, so the Colonials dealing with him will no doubt be a challenge.