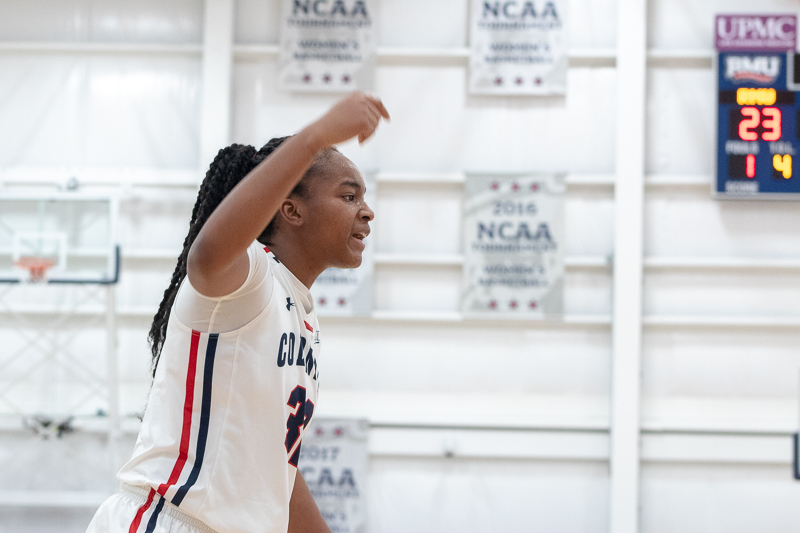 MOON TOWNSHIP — Robert Morris (3-7) is set to tip off against James Madison (7-3) after 12 days of rest for the holidays. The Colonials won their past two games after losing six in a row. While their opponent, the James Madison Dukes, won their last game but dropped the two prior to that, one of which against the ranked Maryland Terps. Now to see how the two teams look side by side.

After losing six games in a row the Colonials were in a groove before their holiday break. They were able to defeat both Pitt-Johnstown and Delaware University. Robert Morris has shot 36% from the field in their last two games, which both ended with a win in the books for RMU. Although they won both games they need to improve when shooting from the field. If they can do that, then this team will be a big NEC contender.

Isabella Posset led the Colonials through their wins in their past two games totaling up 26 points for herself, and she sits in second on the team in scoring behind Nneka Ezeigbo, with 79 points. If Robert Morris wants a third straight win they are going to need to get the ball to both Ezeigbo and Posset.

Yet with these two doing so well in the points column, Robert Morris needs more help in the scoring department. People such as Nina Augustin and Laura Carrasco also need to contribute a little more with their minutes on the floor than they have been as of late.

Guard Kamiah Smalls could prove to be a thorn in the side of the Colonials come Sunday. She is leading the Dukes in points scored this season with a total of 189 on the year allowing her to have an average of 18.5 points per game.

One thing that James Madison will have to do is enforce their style of play early on in the contest. If they can force the Colonials to play the game their way on the road then the Dukes should have no problem coming away with their eighth win of the season.

Isabella Posset (RMU): This freshman from Beaver, PA, has had a good early season at Robert Morris. She has 79 points under her belt so far this season, which is good for second on the team.

Irekpitan Ozzy-Momodu (RMU): Ozzy-Momodu is better known for her work under the hoop grabbing rebounds, but in their last two wins Ozzy-Momodu has tallied herself two double-doubles. If she keeps this up, this could play a major key in conference play.

Kamiah Smalls (JMU): With Small averaging 18.5 points per game and six rebounds for the Dukes, she could have Robert Morris surrendering. It’s extremely important for the Colonials to shut down Smalls early and so their chances will increase to bring home the win.

Even though Robert Morris has had good success on the court as of late, I don’t think that you can shut down a talent such as Smalls especially with Cooper-Williams grabbing rebounds and blocking shots. If Smalls is shut down that is the Colonials only chance at a win.