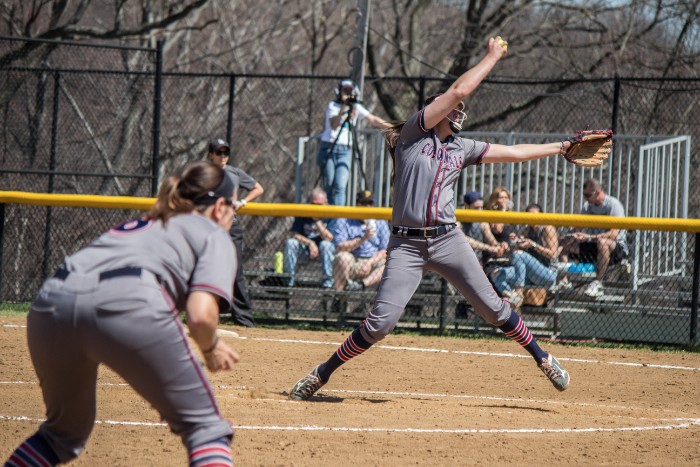 MOON TOWNSHIP — The Robert Morris Colonials softball team (5-20) have their home opener against the Cleveland State Vikings (6-19) on March 27th at 3:00 p.m. The Colonials completed in their last tournament of the preseason against the UMBC Retrievers (11-10) and the Great Danes (10-8) and they lost four out of their five games. The Vikings lost three games against UIC Flames (10-19 overall 3-0 Horizon).
Recapping RMU
In the final preseason tournament the team kept their opponents scoring under 10 runs. In the first game neither team scored until the third inning as the Colonials scored one run and the Great Danes scored four runs. The Colonials battled back in scoring two more runs to get the game to a one run deficit. The Great Danes ran away with the game in the fifth inning when they scored their final four runs. The second game against the Retrievers and they scored the only run of the game in the sixth inning.

The second game was no different in terms of scoring as the Flames scored in every single inning and kept the Vikings to only one run. This game ended in five innings with a final score, 15-1.

The third game was closer with the game only being a one run difference. The Flames scored in the first and third inning and the Vikings didn’t battle back until the fifth and sixth inning. The Vikings had be run ruled seven times this season and they had been shut out six times.
Players to watch
Abrielle McCartney (RMU): McCartney leads the team in batting average of .291 and has a slugging percentage of .400. She has three doubles and had one home run, and no errors on defense. She brings the experience with being one of the five seniors of the squad.

Kelly Hysong (CSU): Hyson leads the team in every batting category with a slugging percentage of .634 and an on base percentage of .354. She is also one of the go-to arms in the circle for the Vikings. She has struck out 36 batters this season and she has a 5.91 earned run average in the team’s first 25 games.
Predictions
I think the games will be very close but in the end the Colonials will win one of the of the games and lose one of the games. The Colonials go on the road for several weeks but they first go to take on the Central Connecticut State Blue Devils (9-10) on March 30th at 1 p.m. and 3 p.m.