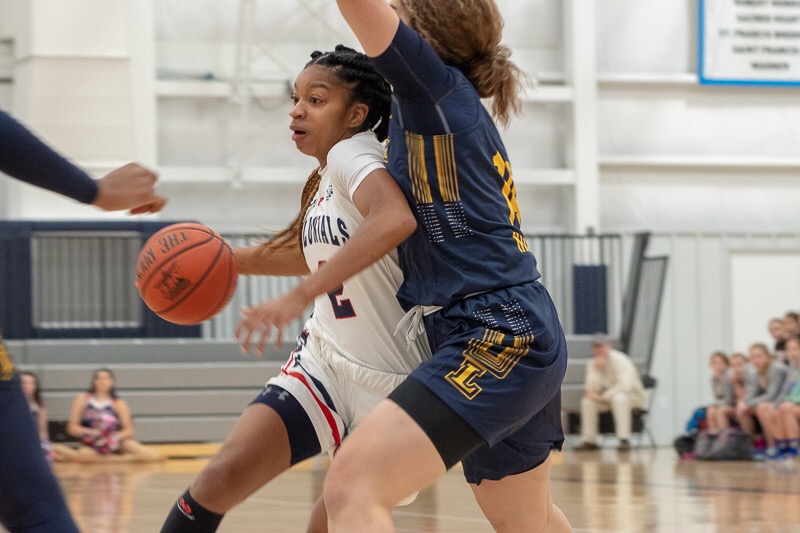 The Colonials have been shellacking their NEC opponents. Robert Morris is known for their defense, and the Colonials are handling business on that side of the ball. Opposing teams average just 50 points. The 50 point average is the lowest in the conference.

The Colonial offense also leads the conference in terms of productivity. RMU’s offense averages 76.2 points per game. When all of this is combined, Robert Morris has outscored their opponents 305-200.

Looking at the Bulldogs

Looking at the Blue Devils

It’s been tough sledding for Central Connecticut State. In their last 10 games, they are just 3-7. After a five-point loss, 66-61, against Sacred Heart, the Blue Devils have lost their last three games by an average margin of 16.6 points. The game of basketball as a whole has fallen in love with the three-point shot. To say this isn’t a strong point for CCSU is an understatement. In the last four games, the Blue Devils have made just 13 of their 74 three point shots attempted. That is just over 17 percent.

Nneka Ezeigbo (RMU) Ezeigbo has been a force in the paint for the Colonials all year. Ezeigbo is nearly averaging a double-double. The junior averages 9.8 points and 6.7 rebounds. She had back-to-back double-doubles earlier in the season. She was at her best when she scored 16 points and pulled down 15 rebounds.

Sydney Holloway (Bryant) Holloway is to Bryant as Ezeigbo is to Robert Morris. She is a double-double machine. She is averaging 17.5 points this season. This impressive stat has her sitting fourth in the conference. The Bryant forward leads the NEC averaging 12.5 rebounds per game.

Kiana Patterson (CCSU) Patterson ranks fifth in the conference by averaging 15.9 points. A four-point outing against Mount St. Mary’s snapped an eight-game streak in which she scored in double digits. The Blue Devils will need her to have a big game to overcome the Colonials.

As I explained how Bryant “play up” to the better teams, that is not going to matter in their contest against the Colonials. The Bulldogs have done a great job shutting down top teams. However, the Colonials have proved all season that any player has the ability to score. Robert Morris tames the Bulldogs and wins 74-45.

For the Blue Devils to pull the remarkable upset, they need scoring from someone else other than Kiana Patterson. The only time this game is going to be close is the first two minutes after the game starts. The Colonials win big 83-54.