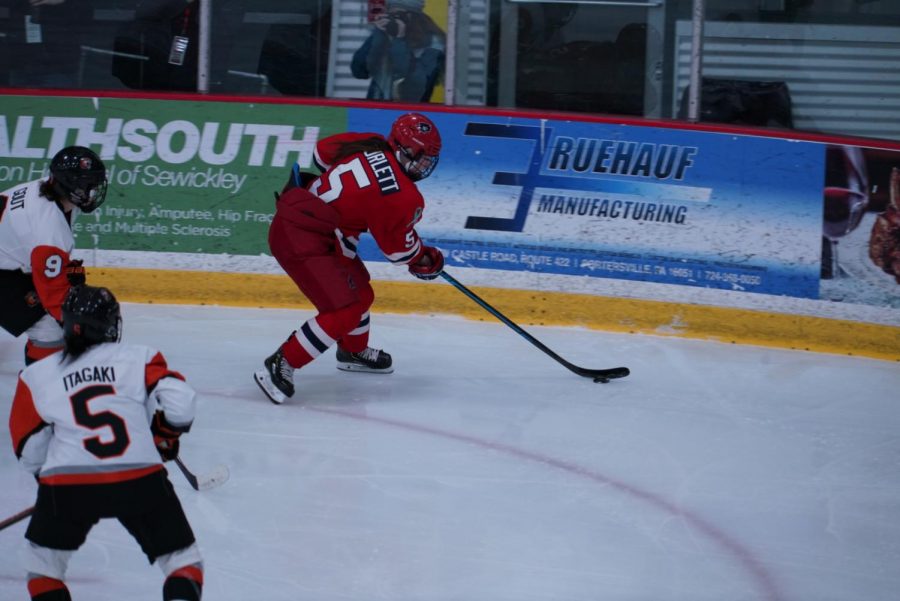 Robert Morris University is coming into the weekend undefeated since January 19, with a record of 4-0-1. Last weekend, RMU played the Penn State Nittany Lions (10-12-6, 4-8-2 CHA), defeating them in the first game on Friday 5-1, and tying 2-2 on Saturday. Emily Curlett finished the weekend with two goals and one assist.

Lindenwood has only one win in their last five games with their only win coming against the Rochester Institute of Technology (10-14-4, 6-8-0 CHA). Thankfully for Lindenwood, this upcoming series is at home as their home record of 5-6-1 is much better than their 1-12-1 away record. Lindenwood is not much for scoring as they have only scored 57 goals so far this season.

Jaycee Gebhard (RMU): Gebhard is the team’s leading goal scorer and points leader with 17 goals and 42 points. She has six points in her previous five games which included one goal. Gebhard is also one of the players to watch on power-plays as she leads the team with 21 points on the advantage.

Nicole Guagliardo (LWU): Guagliardo leads Lindenwood in assists and points with 11 assists and 17 points. She has five points in her previous three games that included one goal in a loss against RIT. She has also assisted on half the team’s goals over that three-game span and leads the team in shots with 77.

Hannah Alt (LWU): Although Alt has not been very effective in her recently played games, she leads the team in power play goals with four. She has played in all 26 games this season and is one point away from tying her season total in points from last season.

I’m expecting one of these games to be low scoring while the other will have some more action. I would not be surprised if Friday’s game ends 2-1 in RMU’s favor and 4-2 on Saturday with RMU coming out on top.