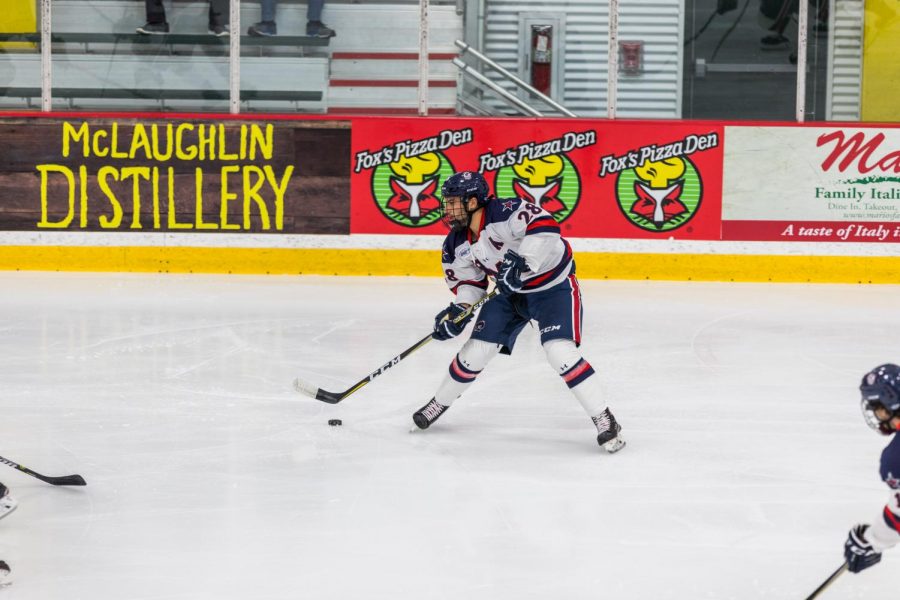 Both teams tallied mid-first period goals in this contest with RMU scoring first. French freshman Justin Addamo scored his first goal of the season and his first of his career with a play that started behind the net and ended with a wraparound shot at 6:37. Army answered right back with a quick goal by Trevor Fidler, roughly two minutes later at 8:25. Later on an RMU power play, Army was able to strengthen their lead with a shorthanded goal by Tipper Higgins at 14:12. No scoring was featured in the second but RMU did, however, walk into the third period with a five-minute power play where they eventually would score the equalizer thanks to Alex Tonge at 1:12. The game would require overtime and despite many chances, no team came out on top in this one.
What it means
In the late first period and throughout the entirety of the second it was Army that was controlling the game but the resiliency from RMU allowed this game to stay even. Army outshot RMU 28 to 24 by the end of the game but goaltender Francis Marotte stood his ground keeping RMU in the game. Army also played great man on man defense blocking 17 shots in total and going three for four on the penalty kill, the only penalty Army unable to kill being a five-minute major. Despite all of this, RMU was able to play a one-goal game walking into the third, and eventually, got the tying goal.
Who starred
The freshman class led by Justin Addamo starred in this one. Addamo is one of eleven freshmen to crack the lineup this season for RMU and for him to score in the first game of the season only means good things for the Colonials. Alex Tonge also added in his second goal of the season on the powerplay. Robert Morris goaltender Francis Marotte also had a great game despite the colonials being outshot. Marotte made 26 saves on 28 shots, most coming from in close or on odd man rushes. Also in a late powerplay chance in the third for Army, the penalty kill was led by Marotte as they were able to kill off the penalty and head to overtime.
Who stumbled
RMU’s power play stumbled in the first period, giving up two odd-man rushes. The first was stopped by Marotte, and the second resulted in the aforementioned goal by Higgins. The power play was able to recover in the second and third period however as a five-minute power play was given in RMU’s favor. Army’s Michael Wilson was called for an original two minute minor for charging. This play was later reviewed and changed into a five-minute major and a game misconduct for Wilson. With the five minute advantage, RMU was finally able to capitalize on their power play with Alex Tongue scoring a goal from in tight making the game 2-2. Being a five-minute major RMU still had time on the power play left but were unable to score again.
Who is next
The Colonials will be back in action tomorrow night for the second half of their meeting with Army where the will look for a win. The game will once again be home at Neville Island, starting at 7:05 pm as well.