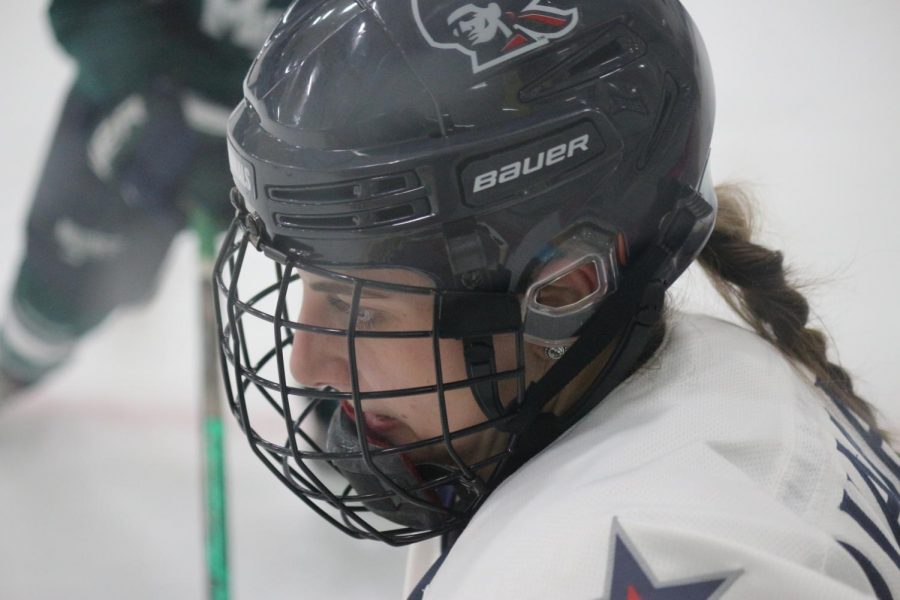 BUFFALO, N.Y. — The Robert Morris women’s hockey team looked to continue their quest for a third CHA title as they faced the Penn State Nittany Lions in the semifinals of the CHA Tournament. Through all the crazy action, physicality and goals, let’s dive into some key elements that led the way to a 2-1 Colonials win and a ticket into the CHA Championship game where they now await the winner of Mercyhurst-Syracuse.

Despite a hard stalemate with the Nittany Lions after one period of play, the Colonials came out flying in the second period, scoring just 37 seconds in on a goal from Amber Rennie. Despite surrendering a power-play goal to Penn State later on in the period that knotted things up at one, the Colonials put in a monstrous defensive effort in the final period of play, blocking shots and killing off crucial penalties which all helped to seal a victory for RMU.

With the win over the Nittany Lions, RMU has earned a spot in the 2019 CHA Championship Game. The Colonials will face the winner of the Mercyhurst and Syracuse semi-final that is currently in progress tomorrow afternoon at 4:30 p.m.

The unbridled efforts of both Arielle DeSmet and the Colonials defenders truly are what made the difference for Robert Morris in the win. DeSmet was phenomenal and while she didn’t see much offensive push from PSU until the third, she stayed strong on nearly every attempt and with her defense backing her up, solidly guided the Colonials to another chance at winning it all.

DeSmet, as was mentioned previously, was outstanding in net, allowing only one Nittany Lions goal (on a play that wasn’t really any fault of hers) and staring down any opportunities Penn State threw towards her cage. This, combined with her awareness, especially in the final seconds of the win (where she was peppered like a shooting gallery) firmly gave the Colonials the win.

The Colonials, while it may sound ironic to say seeing as they won this game, took way too many penalties especially when PSU made their charge in the third (more specifically with just under two minutes to go when RMU took a too many men on the ice bench penalty) and gave the Lions a ton of opportunities on the power-play.

Especially if RMU faces Mercyhurst, they will need to be disciplined and stay out of the box, as the Lakers are a team that can make them pay as evidenced last year. However, this is not to say this same philosophy should not apply to the Orange either, as, despite their sweep of them on senior weekend, the Colonials must be cautious because Syracuse is still deadly offensively.