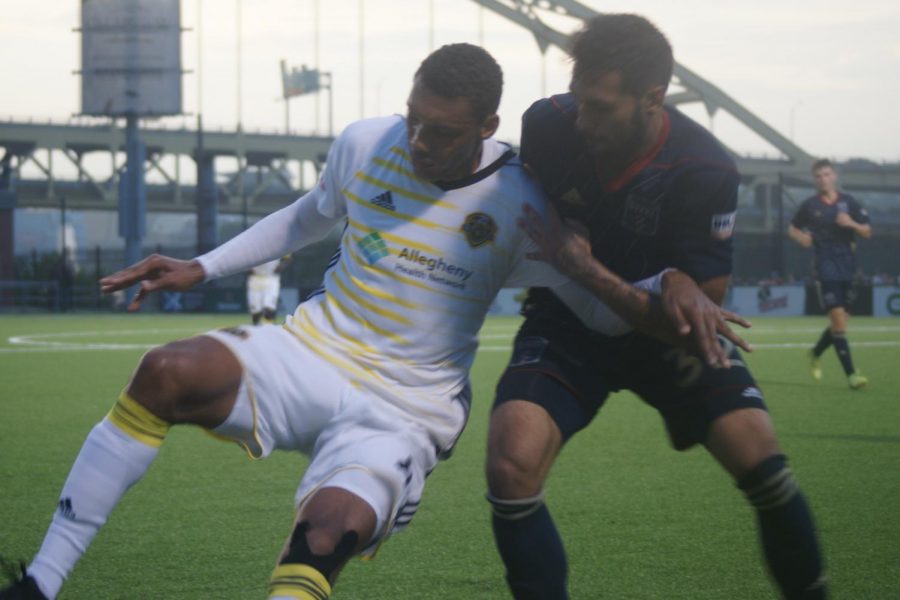 PITTSBURGH — In an Independence Day match-up, Pittsburgh Riverhounds SC (6-2-7) took on Bethlehem Steel FC (5-9-4). The Hounds defeated Bethlehem Steel FC by the score of 1-0. With that, they remain in eighth place in the standings. Here are tonight’s quick hits from the game.
Who was there
Riverhounds SC game into this game on a three-game winning streak while Bethlehem Steel FC came in after winning two of their previous three. Entering the game, the Hounds sat in eighth place in the USL Eastern Conference with 22 points while Bethlehem Steel FC sat in 11th place with 19 points.
How it happened
After a first half with very little action, the Hounds were able to control the tempo in the second. This resulted in the game’s only goal, a free kick by Kenardo Forbes in the 57th-minute. Afterward, the Hounds played strong defense to earn their sixth clean sheet of the season
What it means
It’s an important win for the Hounds as they not only defeated their rival and the team that knocked them out of the USL Playoffs last season, but they managed to move a little bit closer to Lousiville City FC (26 points) and now sit just three points back of a home playoff game.
Who starred
The main star of the match was Kenardo Forbes who scored the game’s only goal on an incredible free kick. After that, the Hounds defense had yet another clean sheet. Their sixth clean sheet of the season has them tied for sixth in the USL.

Another star of the night wasn’t a player on the field, but the fireworks in the night sky. Due to the game getting delayed for 50-minutes, the Pittsburgh 4th of July fireworks show started while the game was ending. It truly was a memorable moment for those in attendance and a highlight from the game.
Who stumbled
Did anyone really stumble in this one? Yes, Bethlehem Steel FC failed to find the net, but that was more due to strong defense from the Hounds part as opposed to Steel struggles. Both teams played well in the game, but it was the Hounds who came away with the win.
Who’s next
The Riverhounds will take on Charlotte Independence (3-7-8) this Sunday in Charlotte at 7:00 p.m. They will return home to take on the first place Tampa Bay Rowdies (10-1-6) at 7:00 p.m. on July 13.