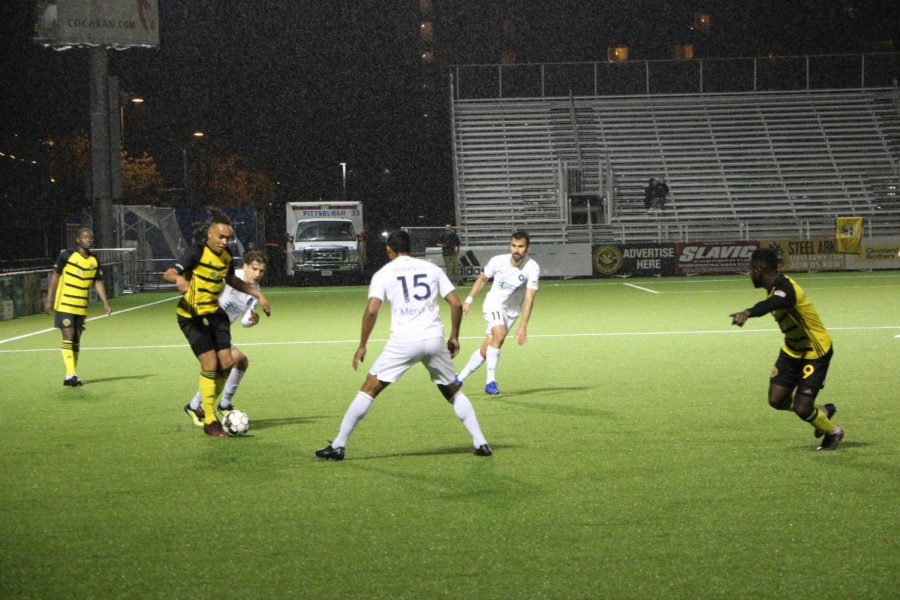 PITTSBURGH — Pittsburgh Riverhounds SC (2-1-4) tied Nashville SC (3-2-2) with the score of 2-2. The Hounds came into the game on a five-game unbeaten streak as Nashville entered the day seventh in the USL Eastern Conference.

The first goal of the game was scored in the 41st-minute. The goal, scored by Ken Tribbett, came off a corner kick. Up to that point, the two teams held tight on defense, as neither of the offenses were able to generate more than a pair of opportunities.

Tribbett was also involved in the second goal on the night

It means that, for the time being, the Hounds will just barely squeak into the top ten with 10 points. While it’s still way too early to worry about the playoffs, it is noteworthy.

It also means that the Hounds unbeaten streak will extend to six. That being said, the team has only two victories during these six games and went 1-0-2 during this past three-game homestand.

Nashville SC showed up in this game, well, for the first 87 minutes anyway. The Hounds failed to register a shot-on-goal for the first half, and much of the second but scored twice in the last ten minutes to steal two points from Nashville SC.

For much of the game, the defenses of both teams were the stars of the evening. These are two of the top defenses in the USL, with the Hounds having two clean sheets and not letting in more than two goals in a game so far, while Nashville SC entered with a goal against average of 0.83. It’s crazy to say that a 2-2 game was defensive, but that’s more of a credit of the offenses capitalizing on the few chances they had.

Of course, Tribbett also earns a star as he was the one who separated the two teams with his goal in the 41st-minute. Not only that, the center back added an assist of the corner in the second goal, making him tonight’s top performer.

The Hounds offense stumbled for the first 87 minutes of the game while Nashville SC stumbled for the last ten minutes. Overall the two teams played well defensively, and Nashville SC was in the driver’s seat for the whole game. That being said, the heart and hustle of the Hounds at the end stole two points from Nashville.