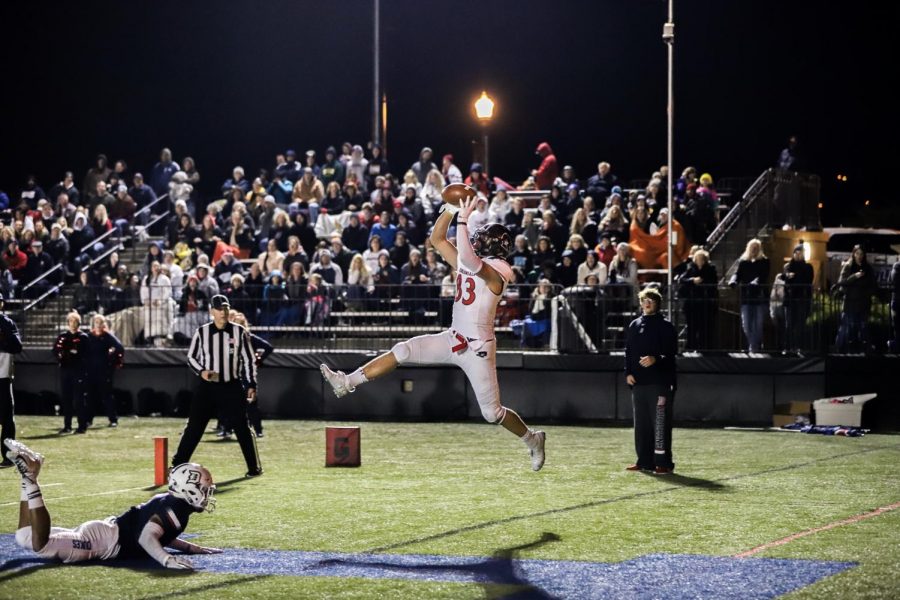 PITTSBURGH- The Robert Morris Colonials (1-5, 0-3) traveled across the Monongahela and took on the Dukes of Duquesne (1-1, 4-3) at Arthur J. Rooney Field. Here are quick hits from the game.
Why it happened:

The Colonials looked good after the first drive and led 7-0 early in the game. Unfortunately for RMU, their defense struggled again and they gave up 24 unanswered points to fall down 24-7. A touchdown pulled RMU within 10, but ultimately they couldn’t come back and they lost by the score of 48-24.
What it means:
It means that the Colonials once again fell to Duquesne. They haven’t won at Duquesne since 1996 and it’s their sixth straight loss in the series. They also fall to 0-3 in the NEC whereas Duquesne improves to 1-1.
Who starred:
The Duquesne Dukes whole team starred in this one. The offense was clicking both from a passing and rushing standpoint. They even generated three turnovers in-a-row in the first half on defense. Ultimately, it was a strong game from everyone on Duquesne.

Terrence Stephens and Mathew Gonzalez starred for the Colonials in this one. Stephans had over 100 receiving and rushing yards, the first player to do that for RMU since 1994. As for Gonzalez, he had over 100 receiving yards in the affair.
Who stumbled:
Unless your name is Terence Stephens or Mathew Gonzalez, you struggled on Robert Morris. The defense failed to stop Duquesne for much of the game and the offense struggled to hang onto the ball. While he had a decent game overall, Jimmy Walker was a big reason for the turnovers in this one as he had two interceptions and both of them were tipped by the Duquesne D-line. Those two turnovers were huge for the Dukes in the first quarter as RMU had much of the momentum until those moments.
Who is next:
The Colonials will take on Central State at home next week in what appears to be a winnable game. Central State (3-4) is a Division II team and Robert Morris will likely use that game as a way to rebound from another rivalry loss.