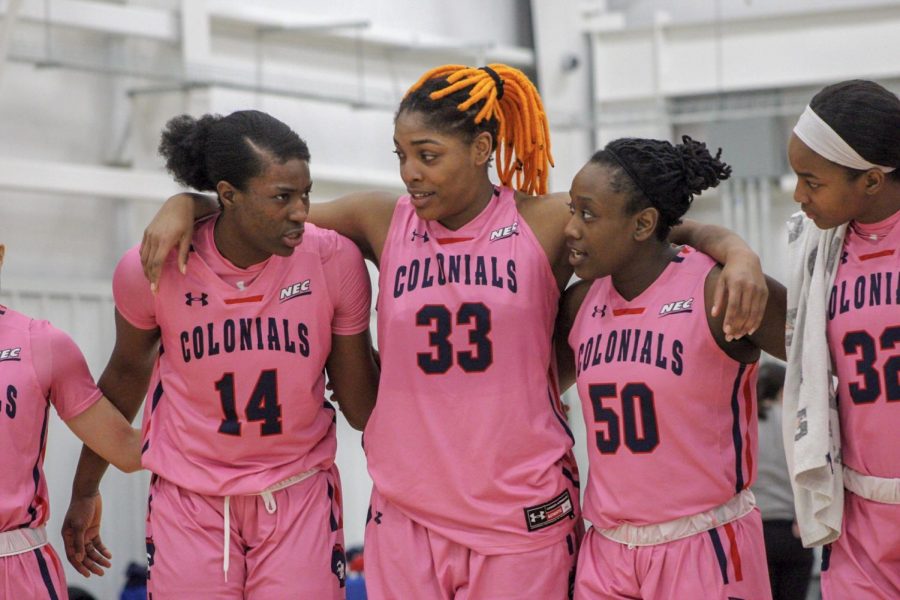 What happened
Robert Morris (17-9, 14-1) stopped a hot LIU Brooklyn (4-22, 3-12) with the final score 71-54. LIU Brooklyn came into this game after three wins in their last four games. This win clinches Robert Morris at least a share of the NEC title.
Why it happened
The Colonials had a game changing third quarter. RMU out-scored the Blackbirds 23-9 in the third frame. Robert Morris also controlled the paint as they out-scored LIU in the paint 36-22.
Who stared
Nneka Ezeigbo has been dominating lately and she may have saved her best performance for tonight. The junior center finished her night with 30 points and 11 rebounds. Esther Castedo and Nina Augustin added 11 points a piece. The Blackbird offense went through Jeydah Johnson and Brandy Thomas. Johnson finished the night with 17 points and Thomas finished the night with 15 points.
Who’s next
Robert Morris will look to keep the ball rolling against the Wagner Seahawks on Saturday, March 2. Tip-off is set for 1:00 p.m.