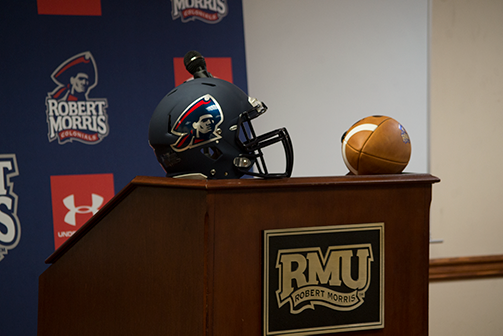 The former UNM graduate assistant announced the move to Moon Township in an Instagram post just days ago.

Bronowski spent two seasons with the University of New Mexico as an offensive graduate assistant. While at UNM, his duties were to help in-game preparation, going over film, handling stat analysis and on-field coaching for the offensive players.

The team posted a combined record of 12-13 during his time with the Lobos but did receive the honor of playing in the Gildan New Mexico Bowl in 2016 as New Mexico defeated the University of Texas-San Antonio 23-20 fending off a late comeback effort from the Roadrunners.

The native of College Station, Texas, graduated from the University of New Mexico in 2016. He graduated from A&M High School in 2012. While at A&M, he played quarterback and recorded 1738 total passing yards, 11 passing TDs, 82.2 passing yards, 128 pass completions on 243 pass attempts and 12 interceptions. This will be Bronowski’s second coaching stop in his young career.