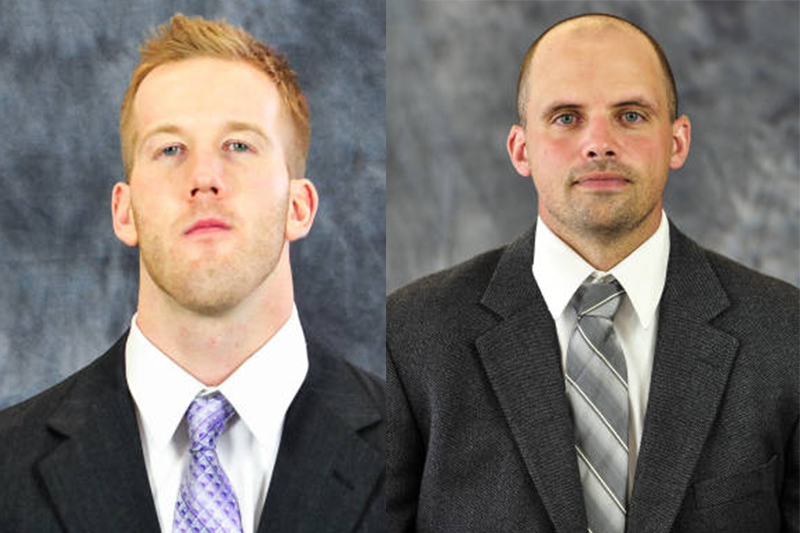 Both Luvara and Plungas previously coached with Clark at the University of Albany before being hired at RMU.

Luvara was previously the quarterbacks caoch and the associate offensive coordinator the past three seasons. The 2016 season was a season that popped out for Albany as Luvara’s offense averaged 24.9 points a game and was good enough for fourth in the Colonial Athletic Conference.

According to the press release by the RMU Athletic Department, Clark likes how Luvara worked and communicated with crucial pieces to the offense.

Luvara is excited to keep working with Clark as well as coaching with the RMU football program.

“Obviously knowing Coach Clark the last four years, I have developed a deep respect for him as a coach and leader. I know his vision for the program will produce not only football teams that will represent RMU at a championship level, but also help develop young men that will make the entire community proud. To be a small part of that process, as well as being included into the great tradition of this program and University, is very humbling. I can’t wait to get to work in both meeting and developing relationships with our current student-athletes as well as help recruit the next class of Colonials,” said Luvara.

Plungas, Clark’s hire to be his new defensive coordinator at RMU, was previously a defensive assistant under Clark at Albany the past three seasons. Specifically, Plungas worked with the outside linebackers as well as being the recruiting coordinator.

Plungas played a role in Albany being the second best in the CAA in total defense, behind conference powerhouse James Madison University.

Clark believes Plungas is the right guy for the job due to knowing what Clark wants for his RMU defense.

“He knows the defenses I like. He knows the culture I want. He knows that our best defense has to be our base defense. He knows we’re trying to make it as simple as possible for our guys to play fast, physical and finish off plays. Dave is very detailed and very structured,” said Clark.

Plungas is looking to keep building the traditions at Robert Morris.

“We are going to continue to build upon the success and traditions that have been established here while creating our own. This is an exciting time for this football program and I cannot wait to get started,” said Plungas.

The hirings of Luvara and Plungas will be two key components of the RMU football program as a new era of RMU football is in full throttle.