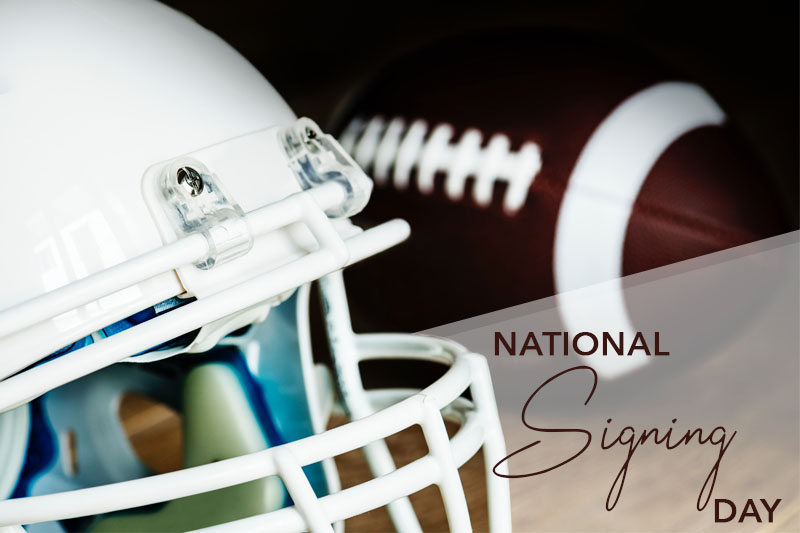 MOON TOWNSHIP — The Robert Morris football team is looking to make a statement in the NEC as a top contender as they enter their second season with Bernard Clark Jr. at the helm. Today, the Colonials had seven players commit to the team. Four of the players are from Pennsylvania, two are from Maryland and one player comes from Florida. Three of the commits are offensive players, and four will look to strengthen the RMU defense.

Colton Richards of New Wilmington was the first player to commit. The defensive tackle stands at six feet and two inches tall, and weighs 270 pounds. Armand Gustave will join Richards on the defensive line. Hailing from Penn Hills, Gustave will look to pressure NEC quarterbacks for years to come. Both of these linemen helped lead their high schools to state championship games, three total between the two of them.

Also on the defensive side, the Colonials added Parrish Parker as a defensive back. The West Mifflin native will look to use the speed that helped him rush for over 1,500 yards last season in order to shut down receivers on the defensive side of the ball. Aaron Green of Gaithersburg, Maryland, will bring his state championship winning mentality to the Colonials. Playing in three state title games in high school, Green has the experience in big games and he will look to help RMU win some big games of their own.

On the offensive side, Robert Morris was able to add another speedy and playmaking running back in Jonathan Wynn. Wynn is from Leonardtown, Maryland, and averaged over six and eight yards per carry over the last two years. He was also able to find the endzone eight times last season.

Demonte Martin of Wrightsville, Pa. joins the Colonials as a wide receiver. In high school, he set a school record for receiving touchdowns. On top of that success, he also led his league in both receptions and touchdowns. He will be looking to be one of the main targets on offense for the RMU offense in the near future. Montavious Brini, a tight end from Hialeah Gardens, Florida, is perhaps the biggest signee to join the RMU team. He also received offers from Louisville and Illinois, among other FBS offers.

It was an eventful day for RMU football, and the new recruits from today make 16 total commits to the team. This team will definitely be one to keep your eyes on for years to come.