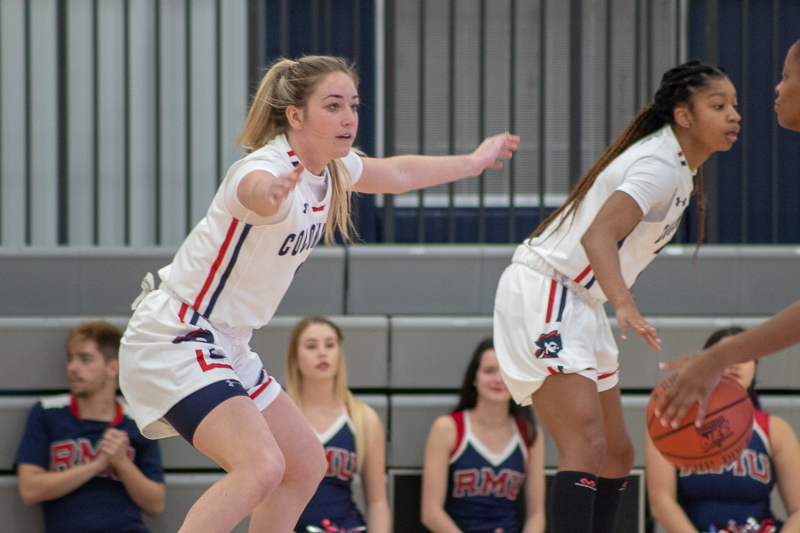 Game One: Friday, November 23 @ 3:30 p.m.
The Colonials and the SMU Mustangs (2-3) will tip off for the first time ever at the Albert Gersten Pavilion in Los Angeles, California. RMU and SMU are two fairly similar teams. Both teams are led by a core of young underclassmen talent.

Prediction: The Colonials defense will heat up in California. Froling will not achieve a double-double. Colonials win 64-48 on the back of Honoka Ikematsu who will have 21 points.
Game Two: Saturday, November 24 @ 3:30 p.m. or 6:00 p.m.
On Saturday, Robert Morris will play either the Loyola Marymount Lions (3-0) or the Northern Arizona Lumberjacks (3-1). Whoever the Colonials play it will be the biggest test for them in this young season. It will also be the first time the teams play each other in history.

LMU is led by a pair of seniors and sophomores. Red-shirt senior Gabby Green was an All-WCC preseason pick. She scored 25 points in LMU’s victory over UCLA, but she hasn’t seen the floor since. Senior Bree Alford is collecting 10.7 rebounds this season. Sophomores Chelsey Gipson and Jasmine Jones are 12.3 and 12.0 points per game respectively.

Northern Arizona can shoot the lights out. Khiarica Rasheed leads the Lumberjacks with 16.8 points per game. Rasheed is also shooting the ball at 62.2 percent from the field. This is good enough to be number 50 in the country. Kaleigh Paplow, a senior, is averaging 16.5 points, 5.8 rebounds and 4.0 assists. Sophomore Lauren Orndoff is averaging 11.0 points. More importantly, Orndoff is a 63.6 percent shooter from behind the arc.

Predictions: If the Colonials match up with LMU, RMU wins 74-68 in overtime, forward Nneka Ezeigbo double-doubles with 14 points and 12 rebounds in the win. Coach Charlie Buscaglia gets win number 50. Coach B, as he’s known, will be the fastest to the accomplishment in program history. Against the Lumberjacks, the Colonials will fall 58-43 due to poor shooting by the Colonials.