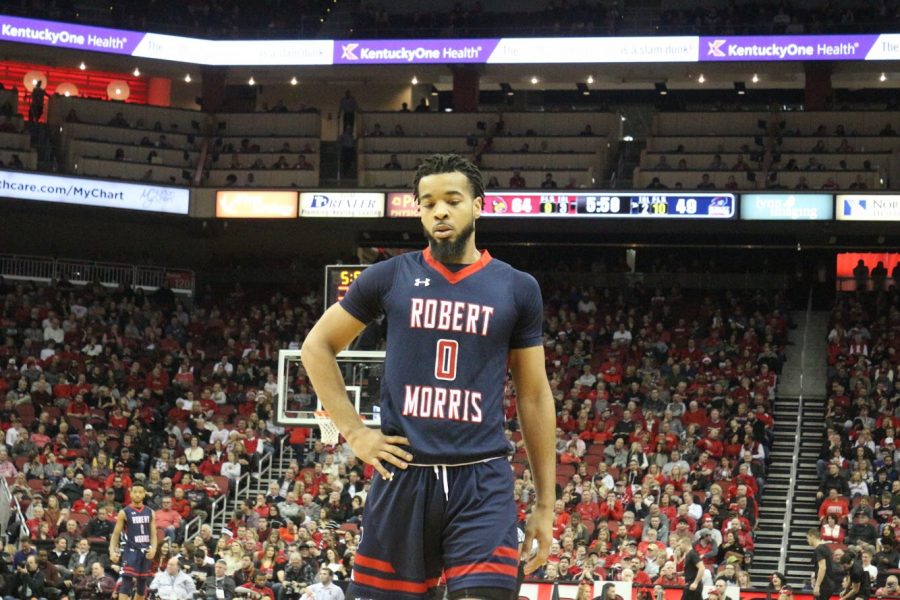 BROOKLYN— Robert Morris Men’s Basketball (7-8, 2-0 NEC) faces off against a strong Saint Francis Brooklyn (9-6, 1-1 NEC) team that is currently undefeated at home. The Colonials are currently riding on a three-game win streak from games against D-III Hood (8-6, 2-3 MAC), Fairleigh Dickinson (6-8, 1-1, NEC) and most recently against Mount Saint Mary’s (3-12, 0-2 NEC).
Recapping RMU
RMU’s most recent win came against a weaker opponent in Mount Saint Mary’s yet the game still came down to the final moments where RMU won by a score of 62-59. During the game, Matty McConnell, Malik Petteway and Josh Williams all tallied 11 points, while Cameron Wilbon helped out with 10 of his own. Charles Bain, who has the third most points on the season (149), was kept under double digits in scoring, however, the offensive side of the game for the Colonials was aided by more than enough players to help secure the win in a close contest.
Previewing the Terriers
Saint Francis Brooklyn is coming off a win against the Wagner Seahawks (6-7, 1-1 NEC) where they won 66-59. The Terriers were led on offense by Jalen Jordan, who scored 23 points, and Glenn Sanabria, who added 18 of his own. Jordan is the highest scorer on the team by far with a total of 238 points on the season, while Sanabria and Chauncey Hawkins both have a total of 175 points so far. Despite playing the third most minutes against Wagner (29), Hawkins only scored five points, all of which came from the free throw line. On average, the Terriers are putting up 71.7 points per game, while their opponents score an average of 69.9, this could be another close game for them.
Players to watch
Josh Williams (RMU): Coming into this game, the Terriers on average give up five three-pointers per game to their opponents, who shoot 29% from three, while the Colonials make 8.4 in each game. Josh Williams, who leads the team in overall scoring and has a three-point percentage of 41.9%, could be a major difference maker in this game.

Jalen Jordan (SFBK): Jordan, as stated before, leads the Terriers on offense with 238 points on the season so far. He is far and away their highest scorer, averaging 15.9 a game, but he is coming off a hot performance in which he put up 23. RMU will need to play tight defense against Jordan if they want to win this game.

Glen Sanabria/Chauncey Hawkins (SFBK): These two players can be grouped together because they both have 175 points on the season, and average the same per game as well (11.7). One main difference in their scoring is that Sanabria’s three-point percentage (34.1%) is a decent amount higher than Hawkins (26.7). The other difference with the two is that Hawkins shoots 80.3% from the free throw line, highest on his team, while Sanabria shoots 60%. While the two have the same amount of total points, they score them in different ways, RMU will need to lock up Sanabria’s three-point shots and avoid sending Hawkins to the free throw line if they want to stop them from scoring.
Prediction
Past the Terrier’s top three scorers, there is a large drop off in overall points for Saint Francis Brooklyn. If RMU can shut down at least two of the Terriers offensive leaders in Sanabria, Jordan and Hawkins, Saint Francis may not have enough firepower to compete against RMU. This game will be close in the end, while the Terriers are currently undefeated at home, RMU is a more well-rounded team, and has the ability to be the first team to win in Saint Francis’ home.