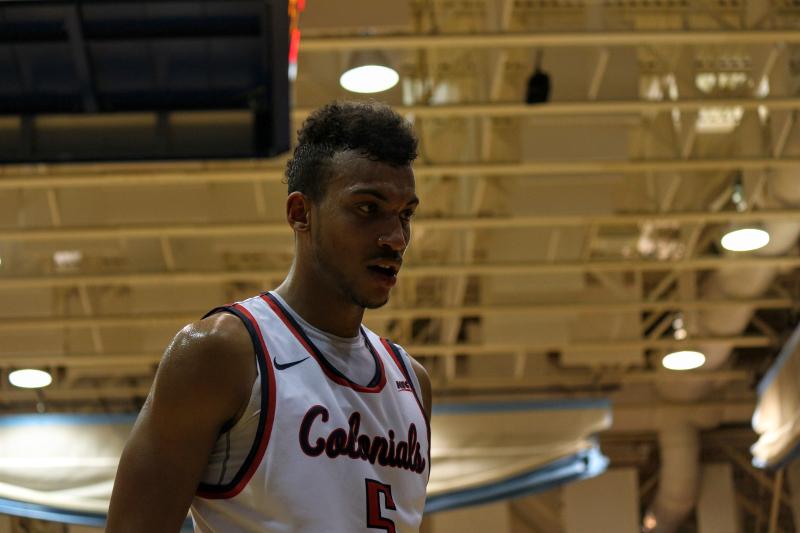 Minnie in a November 18th loss to Bucknell.

A season of disappointments for the Robert Morris Men’s Basketball team continued after their loss against Central Connecticut State, as sophomore forward Elijah Minnie was formally kicked off the team.

Per comments from Head Coach Andy Toole and Media Relations Director Jim Duzyk, Minnie has been removed from the roster, and is no longer affiliated with the program. Minnie and point guard Kavon Stewart did not suit up for the team in their home loss to Central Connecticut State, but Stewart will be returning to the program.

Minnie was a central cog as a freshman for a team that made the NCAA Tournament and won their play-in game against North Florida. In the NEC Championship game, he scored 14 points, along with nine rebounds and four blocks to help push the Colonials to a conference title and punch their tournament ticket.

The departure of Minnie leaves the Colonials with 13 players on the roster, including five listed as forwards. However, Aaron Tate has not played since November 18th vs. Bucknell, leaving the Colonials likely to rely on Billy Giles, Andre Frederick, and walk-on Conrad Stephens to fill Minnie’s minutes. Giles has seen double-digit minutes in every game he’s played this season, and Stephens recorded a career-high 22 minutes against CCSU in Minnie’s absence.