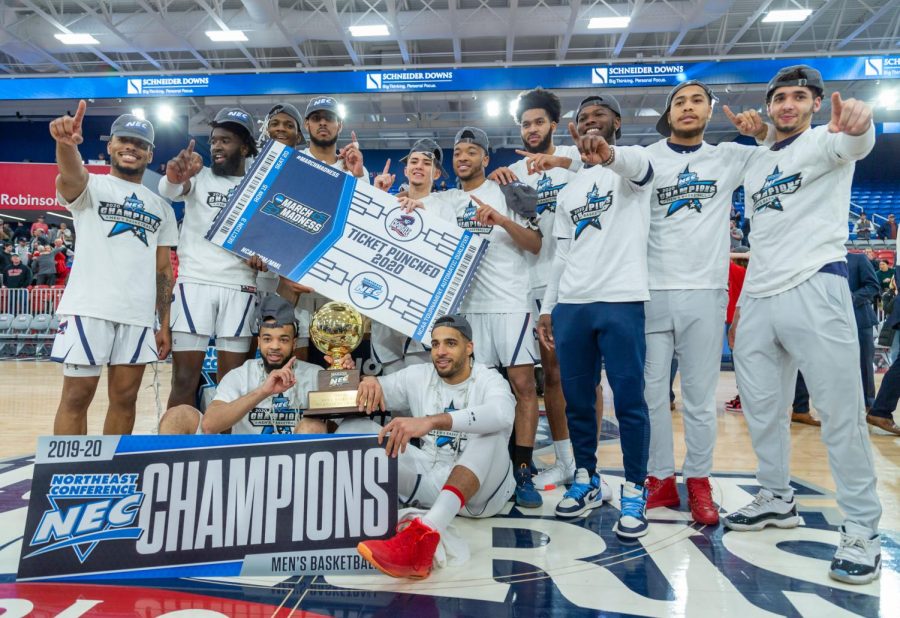 Big things on the Horizon, a new Horizon, expanding your Horizon. No matter the journey, or wording, the destination is clear. After 39 years in the Northeast Conference, Robert Morris University is joining the Horizon League for the upcoming 2020-21 academic and athletic school year.

RMU President Dr. Chris Howard announced the decision earlier today and is excited to move forward as the 12th member of the conference.

“This is the next great step forward for our student-athletes and a great day in the history of Robert Morris University,” Howard said. “We are excited for the excellent competition that awaits in the Horizon League and for the opportunities it presents for the university.”

The Horizon League consists of nearby Cleveland State, Wright State, and Youngstown State, as well as Detroit Mercy, Green Bay, Milwaukee, Northern Kentucky, Oakland, and the University of Illinois Chicago, and Indiana University–Purdue University Indianapolis (IUPUI). The University of Purdue Fort Wayne is also set to join in for 2020-21 academic and athletic year.

Athletic director Chris King looks forward to the possibilities that await the university and his department.

“Aligning ourselves with a nationally recognized and well-branded conference such as the Horizon League positions our athletics department to continue to gain national exposure for RMU,” King said.

On the other hand, football becomes an associate member of the Big South beginning in 2021.

This will provide a new challenge for Robert Morris and could take a few years to adapt to, being unfamiliar with 11 other schools for the first time since Robert Morris became a DI program. However, head coach Bernard Clark was the defensive coordinator at Hampton in 2009, and then again from 2012-13.

One element that will not change is the strong coaching staff that each program contains. Dale Starr (volleyball), Bernard Clark, Andy Toole (men’s basketball), and Charlie Buscaglia (women’s basketball) represent just some of the skillful coaches that can help make the transition to the Horizon League more smooth and create a new winning culture earlier than expected.

The last memory as a member of the Northeast Conference for a Robert Morris is one to remember. As men’s basketball hoisted the NEC championship trophy and students stormed the court, no one could have predicted what was to follow.

This new challenge will provide a high level of competition for each athletic program and more opportunities as well.

As RMU departs the NEC, the Horizon League awaits with joy and excitement, as the Colonials start a new chapter in the schools’ respected athletic history.

The addition of Robert Morris University to the Horizon League will become official on July 1.