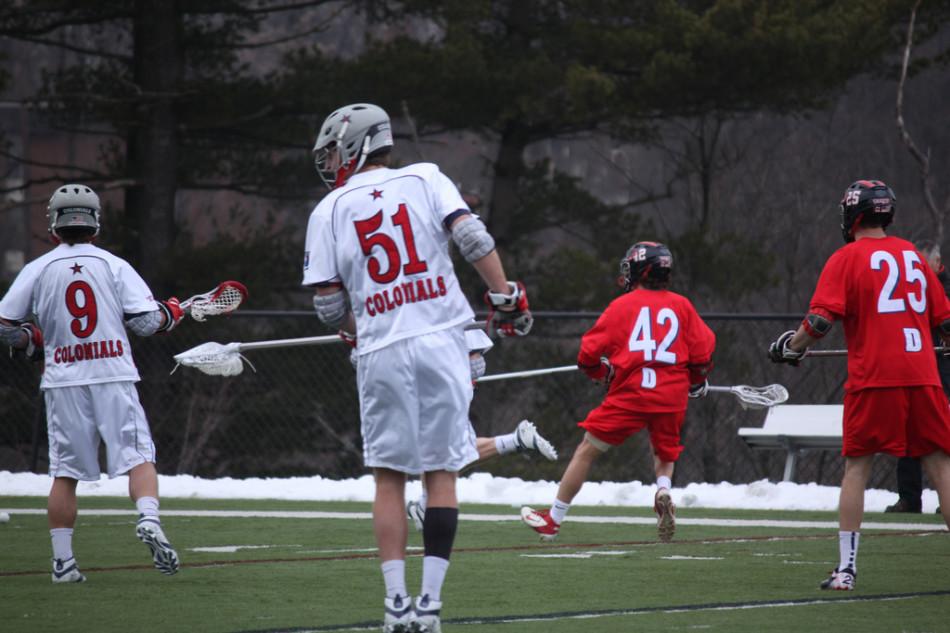 Traveling to Siena College Wednesday afternoon, the RMU men’s lacrosse team took the field in search of its second win of the season. The team was able to do just that, pulling a couple of tricks from their its, leading to an exciting overtime win.

Siena had most of the control in the first half, scoring six goals during the first 30 minutes. Sophomore Eric Rankel opened the scoring by netting his first of the afternoon with an assist going to Taylor Graves with 10:01 remaining. Following Rankel’s goal Siena added two, including the first of four for attacker Colin Clive. Luke Laskiewicz added the tying goal with 31 seconds left in the first.

During the second quarter, Siena took a four goal lead with tallies coming from Jordan Barlow, Clive, who netted two, and Conor Prunty.

Although Siena had the lead, RMU scored seven goals in the final 30 minutes. Barlow scored Siena’s only goal of the third quarter while the Colonials added two, making it 7-4.

Despite giving up five goals in the fourth quarter, Siena was able to score two goals late, tying it with 1:29 remaining and forcing the four-minute overtime period.

The Colonials found the back of the net only 14 seconds into OT, with the winning mark coming from Vancouver native Alexander Bohl, leading RMU to a 10-9 victory.