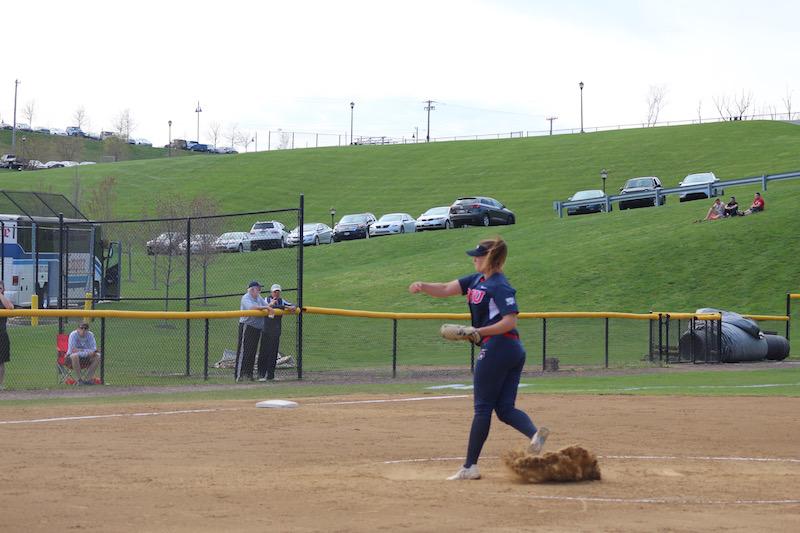 RMU 7 (4-13), Umass Lowell 2 (3-6): The Colonials started their weekend off well, taking down Umass Lowell in their first game in the Holy City Showdown in Charleston, S.C. Saturday morning. RMU jumped out to an early first inning 4-0 lead after scoring on a fielding error, two RBI singles from junior Olivia Lorusso and freshman Natalie Higgins and a Lorusso steal of home.

The River Hawks plated two runs in their half of the third inning, but Lorusso extended the Robert Morris lead to five when she belted a three-run home run in the sixth. Sophomore pitcher Luara Coulter picked up the win, moving to 2-6 on the season after coming in for fellow sophomore Kaitlin Ellzy. She went 2.2 innings and was charged with two runs. Coulter pitched a clean 4.1 innings, only giving up three hits while striking out seven batters.

Chattanooga 6 (7-13), RMU 3 (4-14): Robert Morris couldn’t keep its winning ways afloat in its second game of the day, falling to the Chattanooga Mocs.

RMU struck early in the first inning for the second straight game, tallying two runs on sophomore Abrielle McCartney’s single to left field. However, the Mocs answered back with four runs of their own in the bottom of the opening frame.

The Colonials cut the deficit to 4-3 when senior Stacey Capp stole home in the top of the third. Chattanooga tacked on two more runs in its half of the fourth inning to make it a 6-3 game and shut out Robert Morris for the reminder of the way.

RMU’s starting pitcher freshman Madison Riggle was given the loss after giving up six earned runs on 10 hits allowed in 3.2 innings of work.