Season Preview: What to expect of women’s hockey after the Howard era 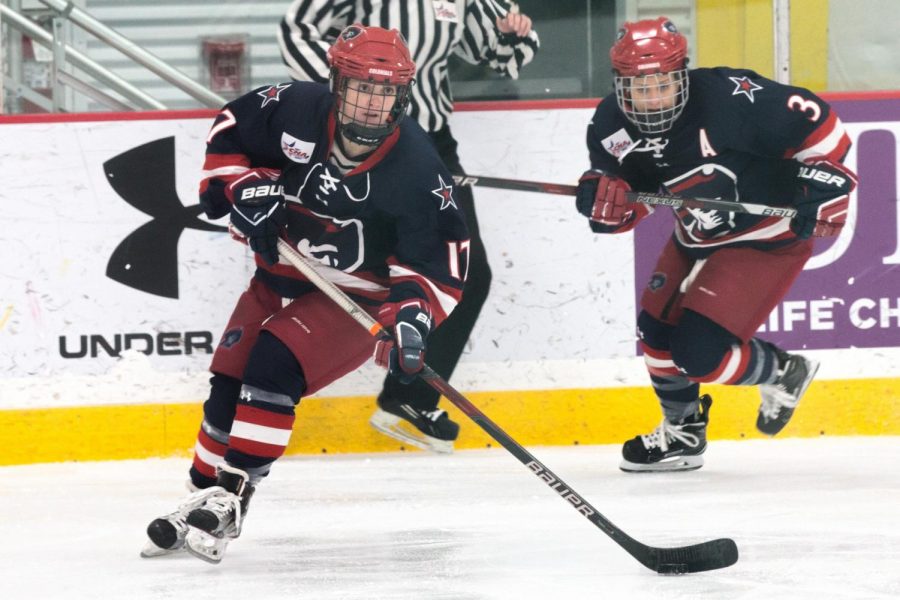 The Robert Morris Colonials women’s hockey team has high hopes for the 2018-2019 season. After winning the CHA regular season, a CHA playoff final appearance last year and sending a class of 2018 graduate Brittany Howard to the Canadian Women’s Hockey League, resulted in the Colonials being ranked at No. 2 in their conference by the preseason coaches poll. The team still has a key group of core players returning, and this year the Colonials look to take their success to the next level.

The Colonials roster took a few big hits as the new school year rolled around, losing star forward Brittany Howard to the CWHL’s Toronto Furies and starting goalie Elijah Milne-Price also graduated and was drafted by the CWHL’s Marham Thunder. This leaves the offensive zone looking significantly weaker and the net presumably being left up to current senior Lauren Bailey. That shouldn’t worry the colonials too much though, as this season’s stars started to shine through in the latter half of last season.

Senior Kirsten Welsh proved to be a strong two way player for RMU; demonstrating great hockey IQ and playmaking ability in the defensive zone, along with a deadly shot and the mind to make the right plays in the offensive zone. Emily Curlett is also an extremely defensively sound player, with the sophomore capable of playing lockdown defense or finishing a pass fed out to the point.

Offensively, junior Jaycee Gebhard has averaged over one point per game in her two years with RMU while missing less than five games throughout both seasons. Senior Amber Rennie was only 1 point off of a 30-point season last year as well. Last season, RMU players held the top three places in the CHA point race (Howard, Welsh, Gebhard) and five of the top 10 spots. While replacing Brittany Howard is no easy task, the Colonials roster still has the talent that it will take to be successful offensively.

After winning the past two CHA regular seasons, the Colonials are expected to be a powerhouse in the conference yet again this year. The preseason CHA coaches poll saw RMU expected to finish second, behind No. 1 Mercyhurst. Mercyhurst has won or tied for the conference title the previous years.

The Colonials in recent years have had a very offensively based system, with wingers looking to walk off of the half wall into the middle and get a shot off. This season, because of the loss of the best goal-scorer and goal-saver on the team, RMU will have to play very strong defensive hockey if they want to make it as far as they have in the past again this season.

With high hopes and big shoes to fill, the Colonials get the action started on Sept. 22 at 7:05 p.m. at the Island Sports Center against the University of Ontario Institute of Technology Ridgebacks in an exhibition. Their first official game will be on Sept. 28, at 7:05 p.m. against St. Lawrence. They start conference when they travel to Mercyhurst to take on the Lakers on Oct. 19 at 6:00 p.m.