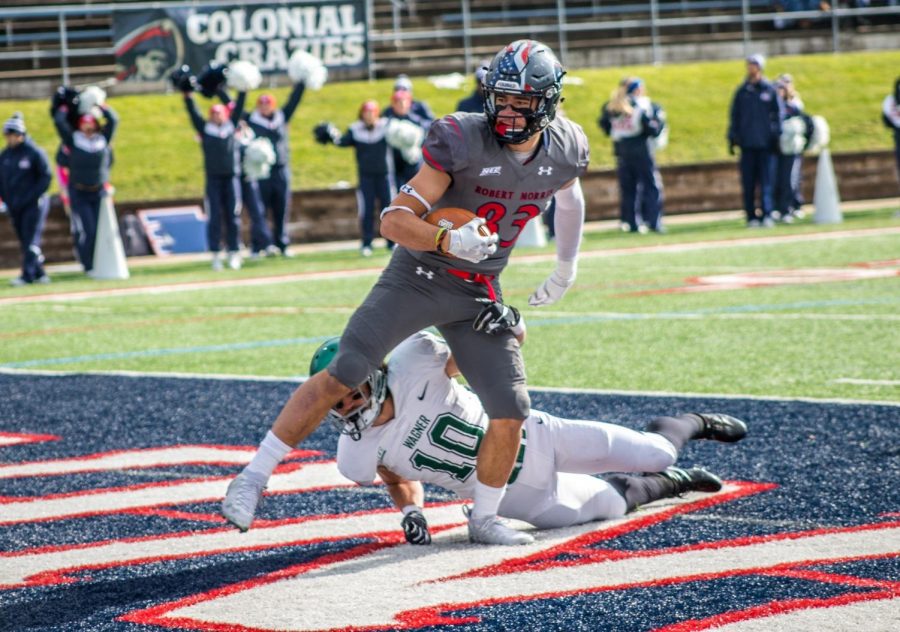 MOON TOWNSHIP — After an outstanding season, one of which included breaking the school’s single-season touchdown record, Robert Morris tight-end Matthew Gonzalez has been named by the Associated Press as a second team All-American TE for FCS football. He is the only Colonial to be named as an All-American.

Despite the team struggling to a 2-9 (0-6) record this past season, Gonzalez was a bright spot as he finished the year with 642 receiving yards, first on the team, and a school-record 12 touchdowns, which was second among tight-ends in FCS football. Gonzalez trailed only Stetson’s Donald Parham, who finished with 13 touchdown catches on the season despite only playing in nine games.

Parham, who finished above Gonzalez as the AP’s first-team tight-end, and Western Carolina’s Owen Cosenke, third-team, were the other tight-ends awarded a FCS AP All-American. Some players that should be recognizable to RMU fans include Duquesne’s starting running back A.J. Hines, whose 1,563 rushing yards and 15 rushing touchdowns earned him a spot on the second-team All-American.

The only other NEC players to earn All-American were Wagner’s Cameron Gill, who was named as third-team linebacker, and Wagner’s Ryan Fulse, who was named first-team running back.

Only being a junior, Gonzalez will look to improve his steller campaign next season with Robert Morris.