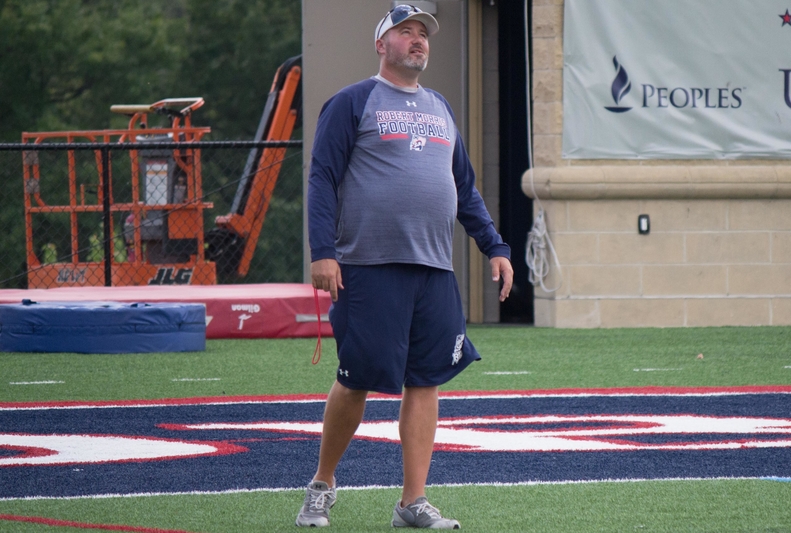 The dominos are beginning to fall following the hiring of new Robert Morris football head coach Bernard Clark, as defensive coordinator Scott Farison is no longer with the team.

Farison has also been responsible for bringing in RMU linebackers coach Alex Dimichele and data analyst Steve Fiadewornu to the Colonials football staff. Both were former players under Farison.

The team is currently in the process of bringing in a new defensive coordinator, with multiple reports coming in that Farison’s replacement may be current Albany linebackers coach Dave Plungas, who spent time coaching alongside new RMU head coach Bernard Clark at Albany.

Plungas mentioning his additional role as linebackers coach in his bio may also suggest that current coach Alex Dimichele may no longer be with the team. RMU Sentry Media is seeking to confirm this as well.