The Colonials continue to wrap up a year of accomplishments with six professional signings over a two-day period. 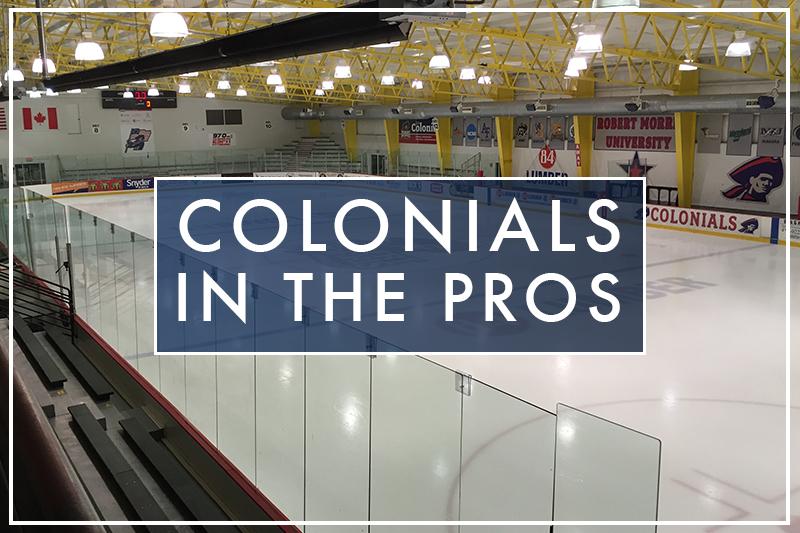 Just 24 hours after sending two of their nine seniors on to professional careers in the ECHL, the Robert Morris Men’s Hockey program tripled that total in one day, with an additional four players making the jump to two different professional leagues.

Forward Zac Lynch, goalie Terry Shafer, and defensemen Evan Moore and Tyson Wilson all signed contracts to continue their hockey careers beyond the 84 Lumber Arena. Moore and Shafer will be joining teams in the ECHL (the same league fellow 2016 class members David Friedmann and Greg Gibson signed to), while Lynch and Wilson will be making the jump directly to the American Hockey League, the primary development grounds for the National Hockey League. 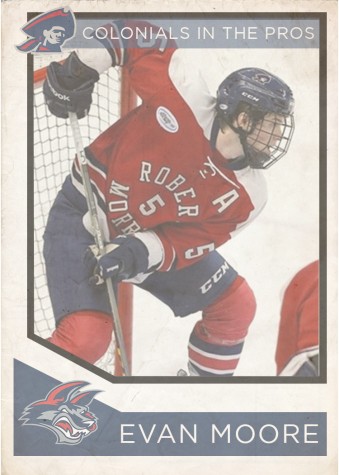 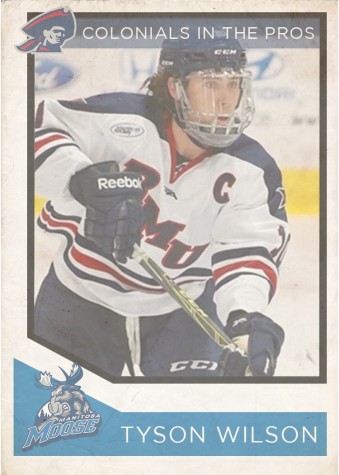 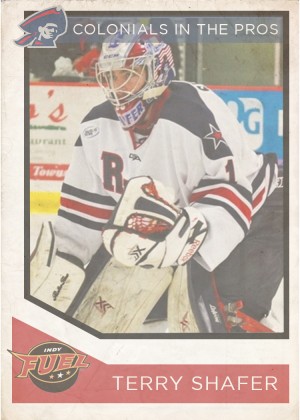 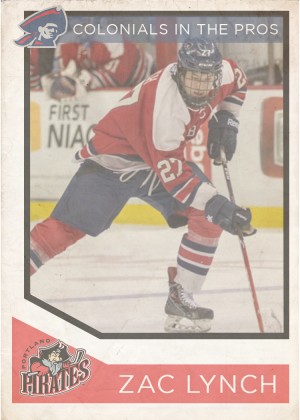 In the ECHL, Moore signed with the Elmira Jackals, while Shafer came to terms with the Indy Fuel, a team in the same division as Friedmann (who signed with the Fort Wayne Komets). Both teams are among the all-but-three organizations in the league with an NHL affiliation: Elmira is the league affiliate of the Buffalo Sabres, and Indy is partnered with the Chicago Blackhawks.

Lynch and Wilson become the first members of the ultra-talented Class of 2016 to reach a higher league than the ECHL with their signings. Wilson, the current Colonials’ team captain, signed with the AHL’s Manitoba Moose, while Lynch joined the Portland Pirates (also in the AHL). Lynch becomes the first Colonial to ever appear on the Pirates’ roster, while Wilson is just the second to don a Manitoba sweater. Both teams top affiliates for NHL teams: Portland is the partner of the Florida Panthers, while Manitoba is paired with the Winnipeg Jets.

Moore and Wilson, in addition to goaltender Shafer, helped form the nucleus of a Colonials’ defense that ranked thirty-first in the nation this season, surrendering 2.74 goals per game. Moore, an assistant captain this year, leaves RMU tied for second in career games played at the school (152), along with spots in the school’s top ten lists in plus/minus rating (eighth, plus-33) and penalties (69).

Wilson finished eighth on the team in scoring this season with 27 points, the highest among Colonial defensemen and the third straight season he has led RMU blueliners in the category. Wilson served as a big-game performer for the Colonials this season, netting a goal in the Three Rivers Classic and three assists in the opening round of the playoffs against Bentley. He graduates in the top five of two offensive categories at RMU: assists (fifth place, with 69) and plus/minus rating (fifth, plus-40), along with ranking in the top ten in career games played (145).

Terry Shafer leaves as arguably the most-decorated netminder in RMU Men’s Hockey history. He is the program’s all-time leader in wins (43), goals against average (2.67), and shutouts (8), and is ranked third in three other categories: saves (2,451), save percentage (.920), and ties (11).

Appearing in at least 16 games his final three years as a Colonial (and over 30 in two of those seasons), Shafer has a career record of 43-30-11 as a Colonial. In his final season, he was named to the All-Tournament Team at the Three Rivers Classic after making 52 saves against Penn State in the 6-4 win. He also helped guide the Colonials to the Atlantic Hockey Conference championship game after fellow starting netminder Dalton Izyk was lost to injury.

Similar to Shafer, Zac Lynch moves on from RMU as arguably the best to ever play his position in a Colonials’ uniform. Not only does he appear in the top five of all eleven individual offensive records for RMU (the only Colonial to hold that distinction), he ranks no lower than fourth in any single category. Lynch is the program’s all-time leader in goals (156), shots on goal (506), and plus/minus rating (plus-64).

His 14 career short-handed goals are not only the most in program history, they are more than twice as many as the next Colonial on the list, and his eight this season are tied for the second-most all-time in a single Division I season. Lynch’s 55 points were third in the nation this season, a season in which he was named MVP of the Three Rivers Classic.