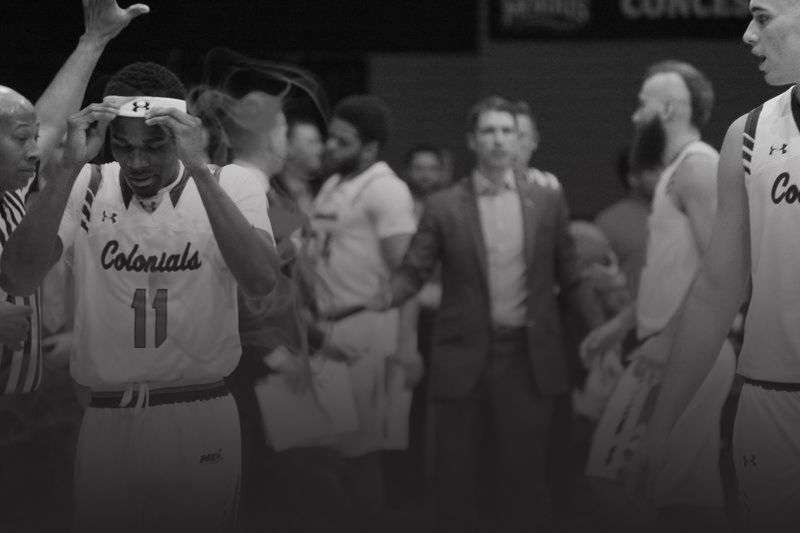 As the Robert Morris Colonials men’s basketball team gears up for the 2017 season, they have some obstacles to overcome. They worked hard over the offseason to improve on the finer details of the game. They worked on when to take a good shot and finding different ways to move the ball around to score more consistently. They also worked on getting the inexperience out of the new players that joined the team this year.

Head coach Andrew Toole expects a lot out of his players, such as bringing passion and energy to practice while facing different challenges directly and not avoiding them.

The biggest change the team went through this season is having to rebuild the entire team by bringing in eleven new players. Coach Toole recruited several freshmen and has the daunting task of molding these young players into experienced college athletes.

The team has already faced some challenges in the early part of their season. Xavier Williams is injured and out for the start of season.

The team has to work through being more consistent with their scoring, having so much inexperience with all the freshmen, having to teach all the players how the team runs the game and trying to be an unselfish team with passing the ball around the court.

“The freshmen are more excited about it, and they want to attack everything they do. They have more pep in their step,” said Matty McConnell junior guard.

The team also has two graduate transfers, and with not many returning players, the upperclassmen that remain are looked upon for leadership.

Matty McConnell, with the most experience on the team, is one of the only juniors on the squad. Dachon Burke also played a lot of time on the court last year as a freshmen. These are the two starting Colonials that will push the team past the obstacles and bring different energy to the game.

“We expect them to rise to the challenge, each and everyday brings a new challenge. So we are constantly to understand how to navigate those challenges,” said Coach Toole.

Last year the team finished 14-19 overall but in conference they were 9-9. The team lost eleven players from last season to this season due to players leaving the team and graduating.

“I think we are more athletic, we have more guys that can bring the ball up the court, so we don’t have to worry about giving it back to the point guard, and trying to be more versatile with that aspect,” said McConnell.

This year, the team got some new scenery to practice on. The new recreation center was finally open earlier this semester, and the team had a big kick off. They had two exhibition games on the road to get back into the mindset of playing as a team and getting the season rolling strong.

The Colonials will play on Friday, Nov. 10 against Ohio State, which is the last game before heading into the heart of the season. They have the drive and mindset to make it to the Northeast Conference Tournament that takes place in February, which they haven’t made an appearance in since 2015 when they won the title.