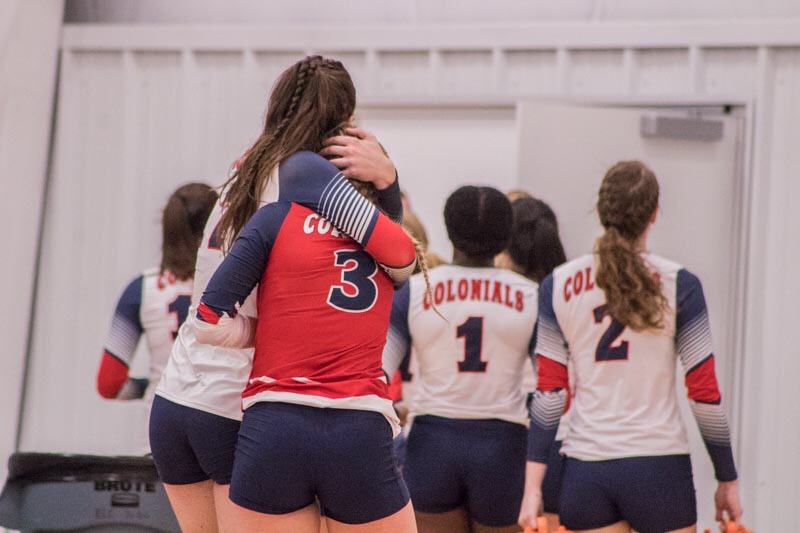 The Robert Morris Colonials (4-7), will be playing host to Eastern Michigan, Houston, and Purdue Fort Wayne this weekend in the RMU Sheraton Classic. The Colonials have enjoyed success in recent weeks. Robert Morris comes in this weekend being winners of four of their previous five matches.

The first test for the Colonials in this three-match weekend will be against the Eastern Michigan Eagles, on Friday, Sept. 14, at 4:00 p.m. The Eagles are coming into this weekend on a high. In the past three games, Eastern Michigan did not lose a set. William and Mary was the last team to fall to the Eagles. Eastern Michigan relies on veteran leadership, especially on offense. Seniors Jordan Smith and Mallory Rajewski lead the offense. Smith leads the team with 135 kills. Rajewski is the team leader to assist with 298. On defense, sophomore April Houston leads the team with 35 blocks. RMU’s offense will have to work to get past the Eagles blockers.

Saturday is a loaded day for the Colonials. At 10:00 a.m., the Colonials square off against the University of Houston Cougars. This will be RMU greatest test of the season so far. The Cougars are rolling into Moon Township with an 11-1 record. Houston is also the winners in four of their previous five games. Houston relies heavily on upon stand out junior Megan Duncan. Duncan leads the team with 148 kills and 412 attacks. Those marks are ranked 34th and 30th in the country respectively. Abby Irvine supplements the offense with 247 assists. Katie Karlow leads the Cougar defense with 190 digs. The Cougar and the Colonials are going to battle it out, and this game is the match is going to get the distance.

The second half of the Saturday doubleheader features RMU verses the Purdue Fort Wayne Mastodons. The game is set to get underway at 4:00 p.m. The Mastodons come into this weekend with a 7-4 record. Purdue Fort Wayne has won their last two matches. They beat UConn and DePaul. The Mastodons are lead by senior Nicole Rightnowar. Rightnowar leads the team in kills. She is also top five on the team in blocks, aces, and digs. She is going to be a problem for the Colonial defense. The Mastodons will take advantage of the Colonials’ tired legs.

RMU will be looking for a big weekend. Again, the Colonials have won four of their last five. This tournament will be, with the exception of Duquesne, the last out of conference games for RMU. Robert Morris opens up their conference play against Central Connecticut. That game is scheduled for Friday, Sept. 21 at Central Connecticut.