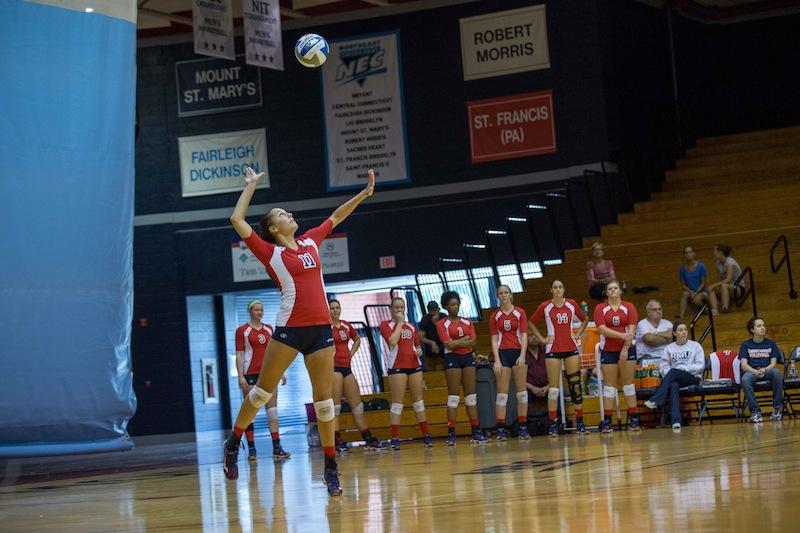 SHU struggled all day, consistently committing errors that allowed RMU to take control of the match. The Pioneers had a total of 35 errors, including five service errors.

“In this conference, most of the time it comes down to who makes the most unforced errors,” head coach Dale Starr said. “They gave us a ton of points.”

“That’s the way we have to play. We don’t have huge bombers on the outside,” said Starr. “We have to play pretty clean in the serve-pass game. We’re giving ourselves opportunities and we’re forcing teams to make plays to beat us.”

Robert Morris went on to win the second contest on Sunday, sweeping the Pioneers with another three set victory.  The Colonials now travel to Central Connecticut to take on the Blue Devils in an NEC matchup with conference title implications.

CCSU was slated second in the preseason coaches poll and defeated RMU in both meetings last year.

“We’re going to try to have a great week of practice and ride it into next weekend and see what we can do,” Starr said. “If we come out 1-1 that’s still going to be okay because that puts us at 3-1 and in good shape.”

The Colonials are feeling very confident after a successful weekend and will look to improve on a hot start in the Northeast Conference October 4 in Connecticut.