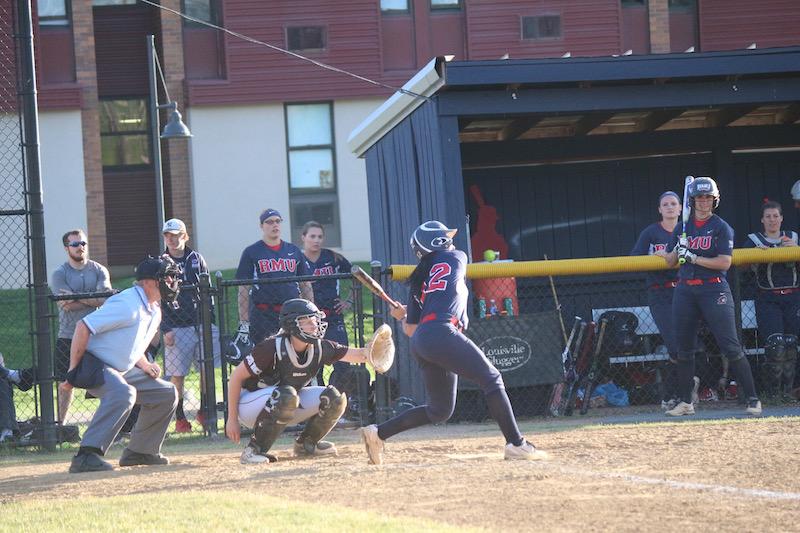 RMU battled until the very end but couldn't find the winning run against the Seahawks.

UNC Wilmington 3 (10-4-1), RMU 2 (3-12): The Colonials battled UNC Wilmington in Wilmington, N.C. Wednesday evening. RMU tied the game at 1-1 in the top of the fourth inning when freshman infielder Natalie Higgins hit a home run to left field. The score remained 1-1 until RMU took the lead in extra innings in the 10th frame on a Briana Bunner double, but the Seahawks answered back in the bottom half of the inning to knot the score at 2-2. UNC Wilmington then won the game on a walk-off double in the bottom of the 11th inning. Sophomore pitcher Kaitlin Ellzy made her season debut for the Colonials, going 3.2 innings and giving up one earned run on one hit. Fellow sophomore Laura Coulter replaced Ellzy in the pitching circle as she went the remainder of the way. Coulter was given the loss, as she gave up two earned runs on five hits.