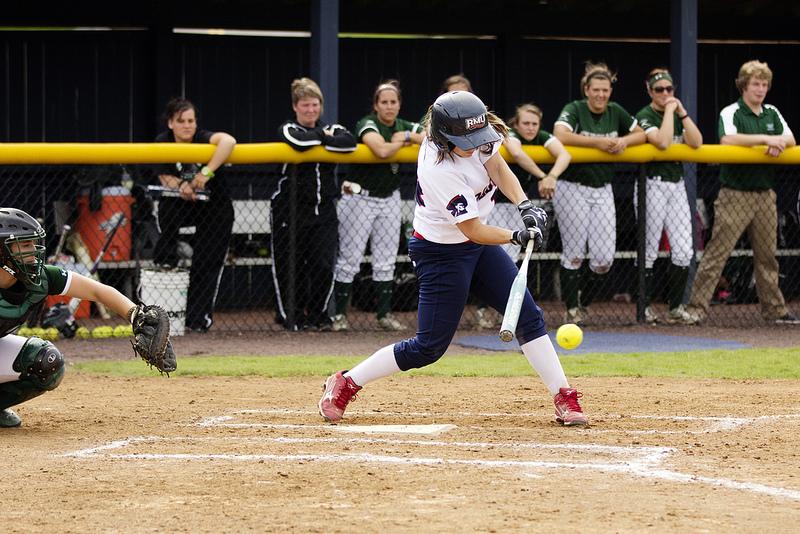 RMU fell to the hands of the Spartans Sunday in their final game of the weekend in the Sunshine State.

RMU 6 (10-24, NEC 1-0), Wagner 5 (11-13, NEC 0-1): The Colonials kicked off conference play Saturday afternoon in Staten Island, New York against the Wagner Seahawks in double-header action. Wagner held a 5-3 lead after their bottom of the fourth inning but senior Kristin Gabelt knotted the game up after she belted a two-run home run over the left field fence. The following inning, fellow senior Haileigh Stocks gave RMU the one run advantage with a solo blast finding its way past the left field fence. Robert Morris held off the Seahawks for the remainder of the game to earn their first conference victory of the season. Robert Morris the contest with ten team hits, three which came from the bat of Gabelt. Freshman Laura Coulter (2-5) earned her second straight victory, giving up two earned runs on four hits allowed.

Game Two: RMU 6 (11-24, NEC 2-0), Wagner 5 (11-14, NEC 0-4): Robert Morris took care of business in game two against Wagner improving to 2-0 in NEC play. Robert Morris held a commanding 6-1 lead going into the bottom of the sixth inning after a Kristen Gabelt two-run double but the Seahawks made it interesting scoring four runs to get within one run. However, the Colonials shut the door in the seventh inning to hold on for the victory. RMU finished with four team hits, two of those hits coming from junior Jordan Gurganus. Freshman pitcher Lacee Collins picked up her second win of the season improving to 2-8. Collins gave up four earned runs over 5.2 innings pitched on six hits given up. Fellow Freshman pitcher Kaitlin Ellzy was called upon to close out the game. Ellzy earned her first save of the season.