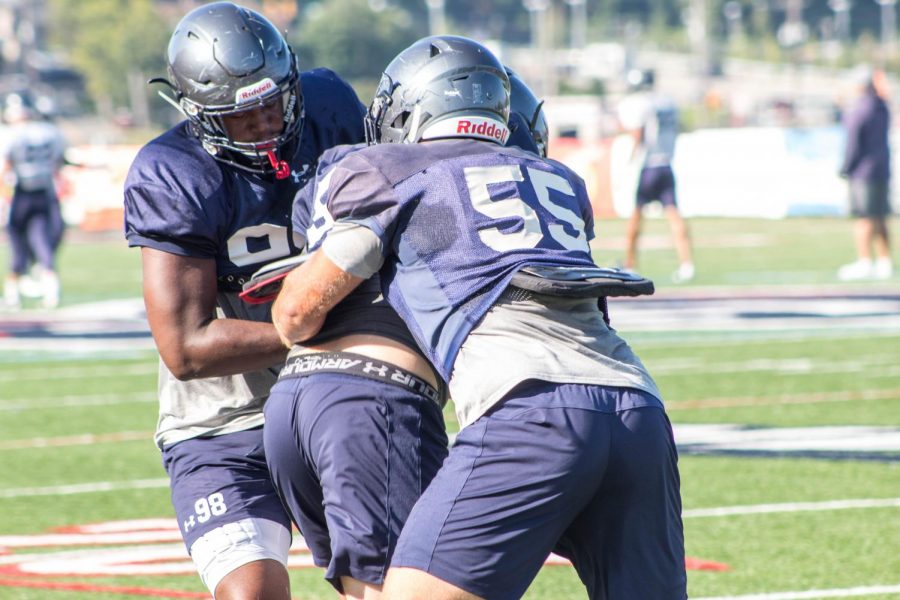 In lieu of all the new arrivals coming with early signing day earlier in the week, the Robert Morris football team also had a departure from their 2018 squad. Sophomore lineman Frank Antuono announced on Twitter on Wednesday that he would be leaving Robert Morris an transferring up-state to Westminster College.

In his statement put on Twitter, Antuono said “I would like to thank all the coaches I had at RMU, both old and new staffs for the great opportunities and experiences they have given me along with my teammates. After much thought I have decided to transfer from RMU. I will be enrolling and playing football at Westminster College this spring. I am excited to play for Coach Benzel and his staff, and looking forward to bringing championships back! Looking forward to the next chapter!”