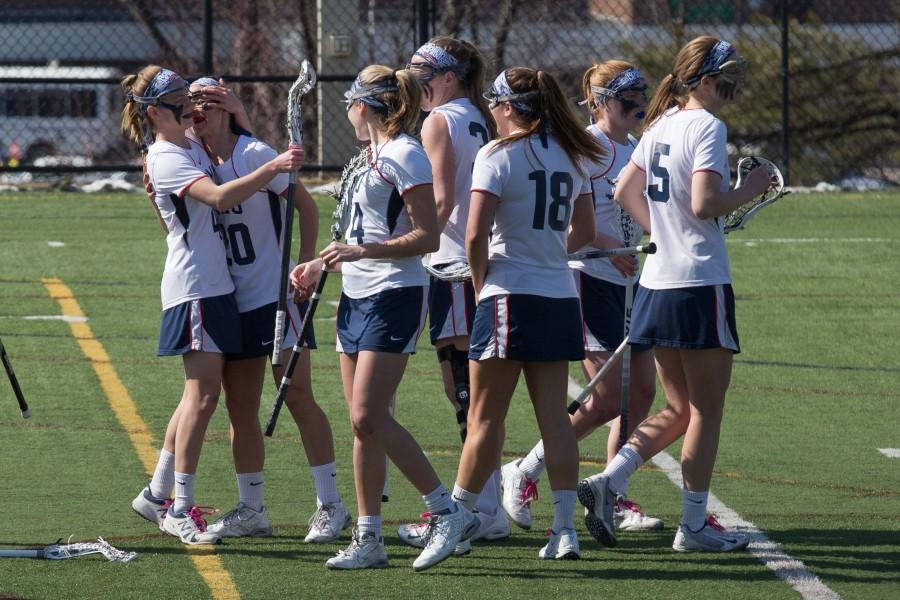 Kent State 11 (31-11), RMU 3, (22-18, NEC 10-0): Wednesday afternoon in Kent, Ohio, the Colonials took on the Kent State Golden Flashes in a non-conference contest. However, RMU did not receive the outcome they were looking for which was an eight run loss. Kent State used a four run third inning to give themselves the lead. RMU did get on the board early as senior Tess Apke brought home freshman Kecia Sharp via a sacrifice fly to center field in the top of the first. RMU looked like they were on the comeback trail when junior Kristen Gabelt smacked a two-run homerun past the left field fence to cut Kent State’s lead to 5-3. However, the Golden Flashes spoiled the comeback as they put up six runs in their half of the fourth inning and were able to defeat RMU in five innings of play. Haileigh Stocks, now 4-8 was in the circle for the Colonials. Stocks gave up six earned runs and struck out two Kent State batters.

Sacred Heart 13 (6-9, NEC 2-4), RMU 9 (9-6, NEC 2-4): In Fairfield, Connecticut Friday afternoon, the Colonials lost their fourth NEC contest as they fell on the road to Sacred Heart. Sacred Heart jumped out to an early 3-0 before RMU could get on the board. Brittany Byerly scored first for the Colonials as she put one past Sacred Heart goaltender Kelly Keenan. RMU scored three more goals in the half but trailed Sacred Hart at halftime 5-4. In the second half, the game was knotted all up at nine each when Sacred Heart went on a four goal run to give them the goals they needed to secure the conference victory. Sophomore goaltender Hallie Yancey made five saves in net but received the loss.

RMU 6 (23-18, NEC 11-0), Fairleigh Dickinson 1 (13-18, NEC 7-6): Saturday afternoon in Hackensack, New Jersey, the Colonials clinched a spot in the NEC tournament with a 6-1 victory over FDU in game one of a double header. RMU got great offensive production from three of their seniors. Senior Alexis Schwartzmiller finished with three hits and one RBI. Senior’s Samantha Santillo and Tess Apke completed the game with two hits two RBI’s. RMU used a three run third inning to get ahead after scoreless first and second innings for both teams. The Colonials finished with 12 total team hits. Nicole Sleith picked up win number 19 as she went the full seven innings giving up the one FDU run and struck out 10 batters.

RMU 14 (3-11, NEC 2-4) Wagner 6 (4-9, NEC 1-5): Saturday at Joe Walton Stadium on the campus of Robert Morris, the Colonials picked up their second NEC win of the season and ended their season on a positive note with an eight point victory over Wagner. RMU got out to a very fast start opening the game on a 4-0 run and netting seven goals throughout the first quarter of play. Two more goals by the Colonials in the second quarter let them go into halftime with a 9-4 lead. The big offensive performance in the first half by RMU was too much for Wagner to handle and were unable to comeback during the duration of the second half. RMU can credit junior Luke Laszkiewicz for being huge help with the offensive performance as he scored six goals. Behind Laszkiewicz in total goals on the day was freshman Adrian Torok-Orban who finished with three.

RMU 2 (24-19, NEC 12-1), Central Connecticut State 0 (27-9, NEC 11-2): Sunday afternoon in New Britain, Connecticut, the Colonials picked up their twelfth NEC victory as they shutout CCSU in game one of a conference doubleheader. Senior Tess Apke homered to right center field in the second inning to give the Colonials a 1-0. In the seventh, RMU scored an insurance run via Tess Apke’s second homerun of the game this time down the left field line. Senior Nicole Sleith started the game for Robert Morris in which she pitched the shutout and struck out eight CCSU hitters.

Central Connecticut State 3 (28-9, NEC 12-2), RMU 0 (24-20, NEC 12-2): In game two of the doubleheader against CCSU in New Britain, Connecticut, the Colonials dropped their second NEC game losing to a score of 3-0. RMU was shutout as they only could muster three team hits. Nicole Sleith started her fourth straight game for RMU. Sleith (20-10) received the loss giving up three earned runs.

RMU 12 (10-6, NEC 3-4) LIU Brooklyn 4 (7-9, NEC 3-4): Sunday afternoon in Brooklyn, New York, the Colonials earned their way into the North East Conference Tournament with a win against LIU Brooklyn. LIU went out ahead of RMU with a 2-0 lead but RMU would score the next the three goals to take a one-goal lead with them into the locker room at the half. RMU opened the second half with a 4-0 run to give them a 7-2 advantage. After a LIU goal, RMU went on a three-goal run to give them a seven-goal lead. RMU then went onto to close the game on a two-goal run to finish off the Blackbirds. Senior Kristin Yoviene and junior Corey Karwacki both finished with three goals apiece. Freshman Mackenzie Duffy received the win for the Colonials as she was a big part of holding LIU to only netting four goals as she made eight saves on the day.