The necessity of immediacy 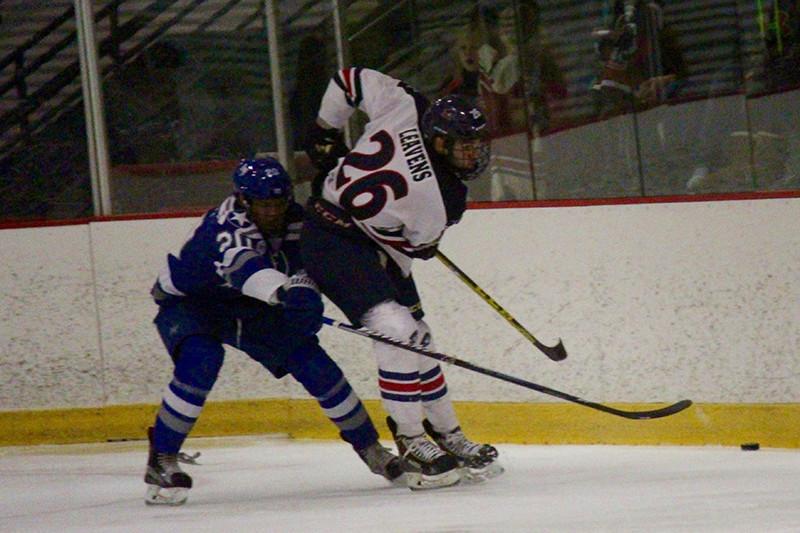 It’s an incredible thing, the way we consume entertainment anymore. As Robert Morris (4-2-2) closed in on a 7-1 victory on Saturday over American International College (1-9-0), the crowd dissipated. See, in today’s age, it’s all about the excitement of the experience and the immediacy of the result.

In this case, the immediacy was apparent. Robert Morris had goals from Brandon Denham and Zac Lynch within the first five minutes. I would describe these goals here, but we’re pressed for time. The current market is not in the mood to find out the facts, only to find out the names. In the era of Buzzfeed lists, the average reader no more reads than scans for key terms.

Meanwhile, glancing over the game and focusing only on the facts, they tend to ignore the important details which led to the result. With such a desire to know the result, we forget that every game is forged in a fire of competition. That fire was apparent tonight, at least for two periods, with Robert Morris.

“”We were better in the neutral zone,” said head coach Derek Schooley. “I still think we can be better. We weren’t as good as we were the second night at Michigan. You know, I think we play down low against their defense. We wanted to do that, and I don’t think we did that. I think the third period was ugly, it was sloppy. If it was youth hockey, you’d be running clock.”

While I said I wouldn’t be focusing on the goals, I cannot help but give a nod to Alex Dagnal. The scrappy player fought his way onto the Colonials from the club team, and dressed for the first time tonight. He made the most of his opportunity, as he drew a penalty on his first shift and on his second he spotted and potted a rebound off a shot from John Rey for his first goal of his career.

“Yeah, guys are pretty good teammates,” said Rey. “I think it’s all around hockey, but especially our team, we have a very close team. So guys know when other guys are on the cusp of getting a big statistic, whether it’s a hundred points for a senior or a first career goal for a freshman, like Dagnal. So yeah, as soon as he put the puck in the net, we all knew it was his first career goal, and his probably second shift of the game. So guys are probably more jacked up for him than he is for himself, so it’s definitely good to see. It makes everyone happy.”

This was the most exciting of the goals, and many had already checked out in the crowd, believing it to be over. Robert Morris, with the goal from Dagnal, had outscored AIC from the previous night.

That wasn’t the game, however. It couldn’t be, as there were two more periods with exciting action which won’t be labelled on a scoresheet. Such as a play in the middle of the second, another opportunity for a freshman. Alex Tonge, formerly of the top line, made a move around the defense that was reminiscent of David Krejci in the NHL playoffs, going between his own legs to trip up the defense before wheeling around them and dishing out the pass.

The puck located Tyson Wilson’s stick, and the shot went high and into the net. After review, however, the referees, as they did the night before, waved off the goal due to the net being slightly dislodged by no more than a centimeter.

Despite the great effort of the evening, the focus seemed to fade in the third. The crowd all but disintegrated in front of us. We were left with a shell of what was there, and the noise level reflected it. The game was decided, fans could be heard saying, reasoning to leave early.

Those fans missed one of the most important facts of the night. Andrew Pikul, the sophomore back-up goaltender yet to make a start behind Terry Shafer and tonight’s starter Dalton Izyk, made his debut in net for the season. Coach Schooley would later explain during the intermission, Izyk came to him and said to put Pikul in. He had already given up a goal, and hadn’t needed another period. Pikul deserved an opportunity.

“You know what, one of my biggest regrets of last year was not getting Andrew Pikul in some games like this,” said coach Schooley. “He comes to work every day, and he’s a very good goalie. We’ve got three very good goalies, I think if you’ve been around, I’ve been preaching that a while.

“But Dalton came to us in the second period and said to Kody Van Rentergem, said, coach talked about getting Pikul in there more. I don’t have a shutout anymore, now’s the time to get him in. A really selfless move by Dalton, because he could’ve stayed in there and taken up minutes and got his goals against lower and kept his save percentage up there.”

Selflessness, another thing those of the older generations say the younger ones lack, was on display tonight. Selflessness was the key to the evening, at least the majority.

Penalties, like those of the night prior, were what plagued the Colonials in the third. David Friedmann took two on his own, and on the second could be seen stomping into the box as if throwing a tantrum. He had been called for hooking, threw his stick at the glass and screamed an expletive not to be recorded in this story.

There’s nothing like a live game. However, trapped in the experience and the need for excitement, many overlooked the great things ahead of them. The players gave their efforts. Dagnal had his first goal. Penalties were racked up. Pikul made his first appearance. It was a night of wonder, yet for those trained to scan, it was a night of eight goals scored by different people, and that’s all.

The Colonials will be going into a bye week next week before heading to West Point to take on Army on Nov. 20.