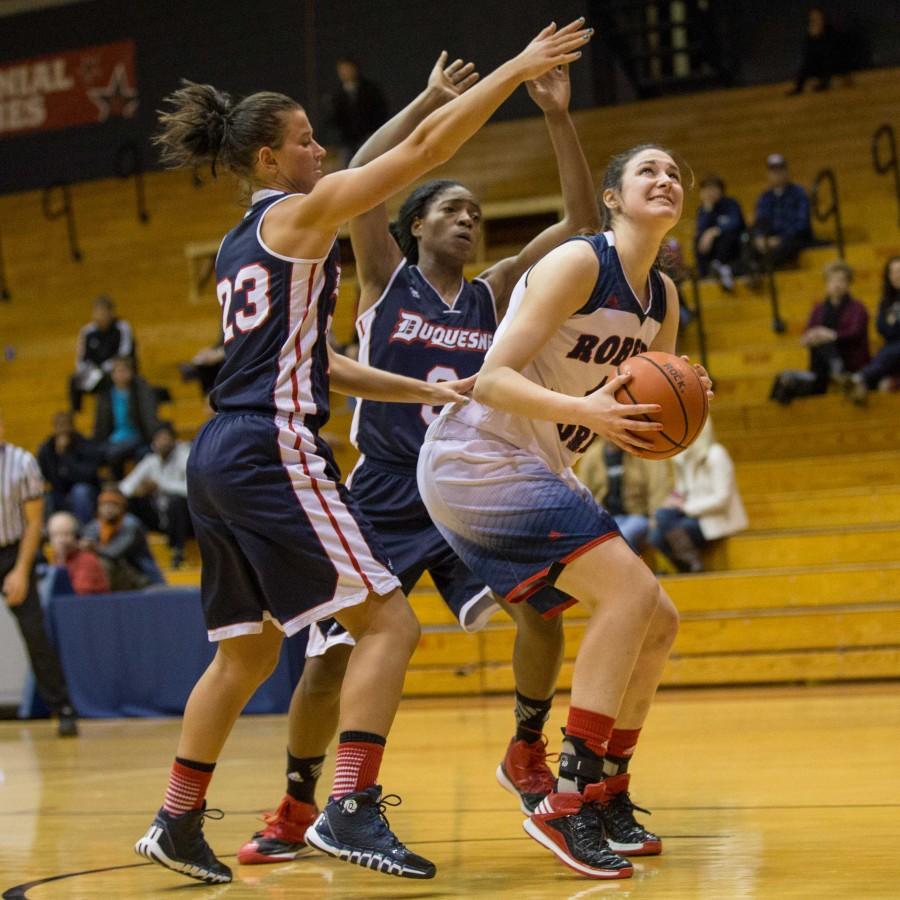 “I thought that we had played hard and strong at times. We’re a work in progress now with a very very young team, as well as an injured team,” said head coach Sal Buscaglia.

The Barcelona-born Sole finished her first career collegiate start with 23 points and 17 rebounds, both career highs. This comes after her first double-double, a 14 point and 10 rebound performance on the road at Hofstra.

“I just think if you work hard, it pays off. During this summer I decided I was going to work so hard to get these minutes, to get this opportunity. Once I got the opportunity I just try to play basketball and do what I know,” said Sole. “I never thought I would play as I played today.”

Buscaglia praised the sophomore for stepping up for a Colonials team that has been plagued by injuries.

Sole was 3-of-4 from behind the three point line, and 6-of-6 from the free throw line and kept herself in the game for 29 minutes despite picking up two first half fouls.

The visiting Dukes used strong first half spurts fueled by full-court pressure to distance themselves from the Colonials, only to find the game tightened by half’s end.

RMU coughed up the ball 19 times, including seven in the first eight minutes of the game, and three in the first minute of the second half. The Dukes totaled 15 steals, including five a piece for seniors Olivia Bresnahan and Deva’Nyar Workman.

“Defense wins games, so if our defensive game is on and we’re getting stops, our offense will slowly come,” said Robinson.

The loss marks the fifth straight time the Dukes have bested the Colonials. RMU has now dropped the last four and seven of the last eight overall against Duquesne. The series is 29-13 in favor of the Dukes, but RMU is 8-7 against DU in the Sewall Center.

“Really happy to come away with a win on the road against a team that really wanted to beat us and has a good squad and is well coached. I’m very happy with our performance in terms of how hard we played,” Burt said.

The Colonials host Youngstown State on Dec. 17 at 7 p.m. before playing on the road against Cornell and Marshall.