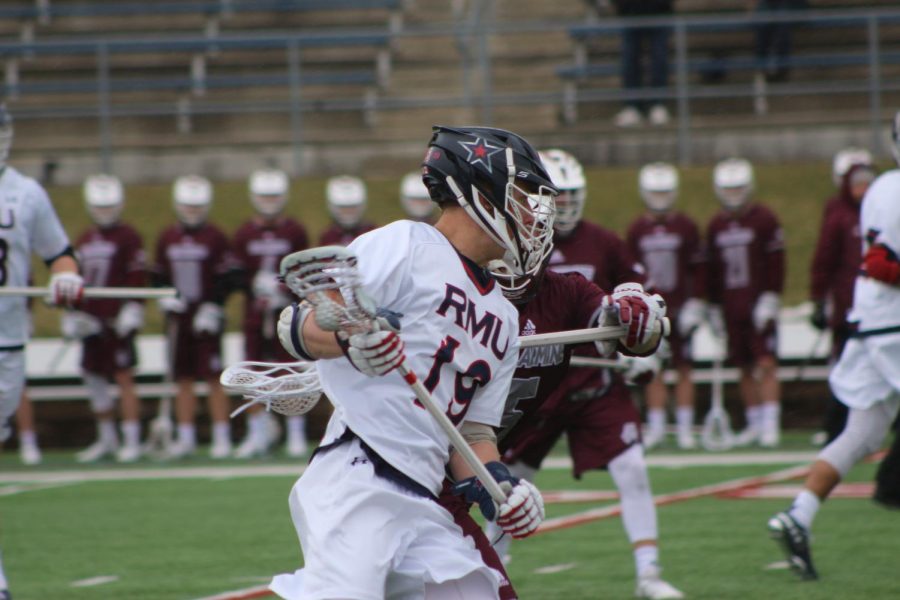 MOON TOWNSHIP– Tyson Gibson has been drafted first overall by the New York Riptide in the 2019 National Lacrosse League Entry Draft. Originally from Ontario, Canada, Gibson was named the 2019 NEC Player of the Year and has been named to the All-NEC First Team three times.

Gibson has had a record-setting career with the Colonials, placing fifth all-time in both points scored (161) and games played (63). He also holds the school record in assists with 89 over his four years with RMU. Gibson also played two seasons for the Victoria Shamrocks of the Western Lacrosse League (WLA).

At the draft, Gibson said that the draft was “a dream come true” for him. “It’s an absolute honor to come to a league and come to an organization like the Riptide. I’m excited to get going and take the program somewhere.”

Gibson was not the only player drafted that has laced up his cleats for the Colonials, as Justin Robinson was picked ninth overall by the Saskatchewan Rush. Also from Ontario, Robinson had a prolific 2016 season at St. Leo University before he transferred to RMU, where he played 11 games for the school. Robinson also played a season for BrooklinLC of the Major Series Lacrosse League (MSL).

Also chosen in the NLL Draft was former Colonial Nathaniel Kozevnikov, who played four games for RMU before going back to Canada to play for the Langley Thunder of the British Columbia Junior A Lacrosse League (BCJALL). Kozevnikov was taken by the Buffalo Bandits as the 12th pick in the 2nd round.