Volleyball drops to 0-2 in conference 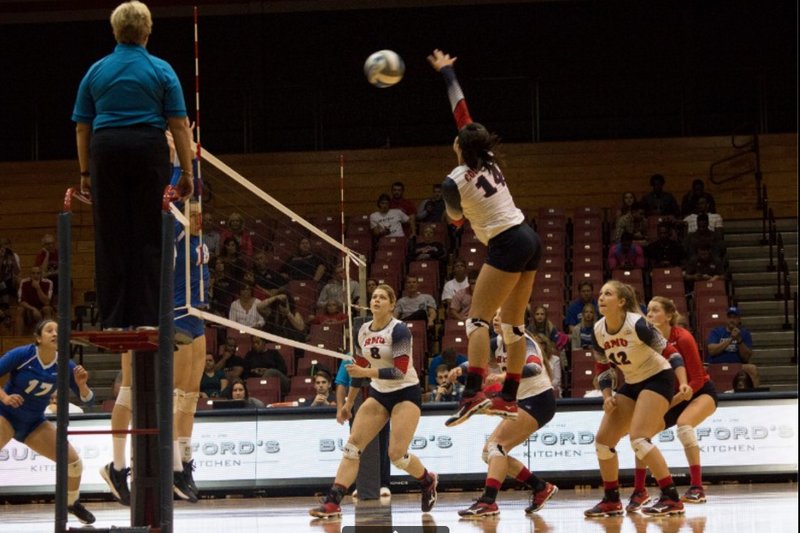 Robert Morris women’s volleyball extended their losing streak to six after dropping three of four sets to the Bryant Bulldogs on Sunday. And according to head coach Dale Starr, the failure was in the overall execution.

“We try to break sets down into five races to five,” said Starr. “We try to win every one of those races.”

But for the Colonials, it was that fifth and final race at the end of each set that seemed to give them trouble.

Starr knows his team is better than this, but as the frustrated coach pointed out, the decision to win these tough games is up to the players.

“As a group we are just not executing, and that’s what you have to do when you are in those tight sets and we just aren’t doing that right now,” said Starr. “I can’t make them want to play hard, I can’t make them give effort, I can’t make them have that chip on their shoulders. That’s an individual thing that they have to find.”

And the Colonials showed flashes of what they were capable of when they went on a 22-to-12 run to finish the third set after falling behind 10-3 early. But that one time occurrence was not enough to give RMU a much needed conference victory against an opponent they expect to be in the Northeast Conference tournament come November.

Arden Fisher completed yet another double-double with 11 kills and 13 digs on the day, while fellow seniors April Krivoniak and Leah Dunivan also made impact plays with nine and eight kills respectively.

Additionally, the team continues to show why they are one of the best blocking teams in the nation with 16 blocks on the day, more than twice the total of the Bulldogs.

The loss forces the Colonials to look to next weekend against Duquesne and Fairleigh Dickinson in order to end their six-game skid and get on the right track in the NEC.