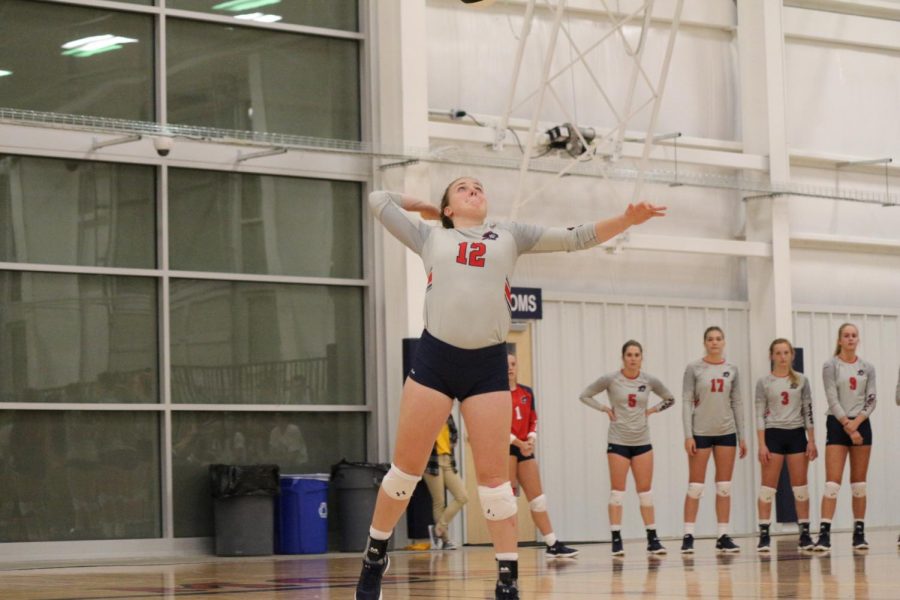 After losing the first two sets, the Robert Morris Colonials rallied to take the last 3 sets and defeated the Kent State Golden Flashes 3-2 for their first win of the season.

The opening set was dominated by Kent State, with the Golden Flashes capitalizing on many Colonial mistakes and taking the first set by a score of 25-14. Robert Morris had 3 attack errors and 5 service errors in the first set.

The second set was more of the same for both Robert Morris and Kent State, but the Colonials showed some signs of resilience. The set consisted of both teams trading points throughout the second set. Tied at 15 each, Kent State ran away with 7 unanswered points and eventually won the second set 25-16.

After both teams took a quick break to talk things over in their locker rooms, the script was completely flipped for both teams. Robert Morris took an early 10-3 commanding lead. The Golden Flashes would battle back to make the third set close, but the Colonials would eventually take the set off a service error by Kent State, resulting in a 25-22 set win.

It was the spark the Colonials needed to rally back from one of the hardest comebacks in volleyball.

Robert Morris shut down any offense from the Golden Flashes in the fourth set, and another service error on the final point of the set gave Robert Morris a 25-15 set victory.

“It’s nice to know we’ve got some depth that can come in. Those kids coming in and performing won the match,” Starr said.

Hudak finished the final three sets with a career-high 9 kills and .304 hitting percentage. Zanolli ended the match with 15 digs and a career-high 2 aces.

The Colonials were led throughout the match by sophomore Alyson Londot, who led the team with a season-high 15 kills.

“After those first two sets today we realized we needed to turn it on,” Londot said.

“We had all the trust in each other,” the sophomore outside hitter noted.

Both the Golden Flashes and Colonials played in their first 5 set match this season, and it is the first time Robert Morris has defeated Kent State in a home match.

Robert Morris will head to Baltimore, Maryland to take on University of Maryland – Baltimore County, Loyola (MD.), and James Madison in the Charm City Challenge September 7-8. Their next home game is September 11 as they will take on Youngstown State at 7 p.m.