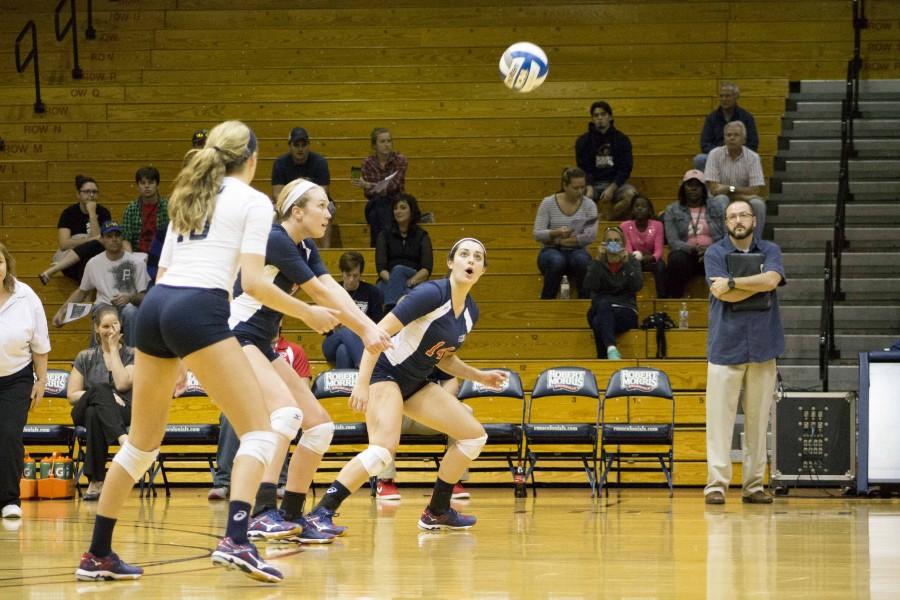 RMU 3 (19-12, NEC 11-3), LIU Brooklyn 1 (14-13, NEC 12-2): The Colonials battled the Blackbirds of LIU Brooklyn Sunday in the championship game of the NEC Tournament on LIU’s home court in Brooklyn New York. The Colonials were able to get their hands on the championship trophy defeating LIU Brooklyn three sets to one. The Blackbirds won the first set 25-21 but the Colonials fought back in a tough back and forth ending of the second set to win 31-29 to tie the game at one set each. Robert Morris took the lead in the game after dominating the third set winning 25-14. The Colonials continued their strong play in the fourth set as they were able to battle back from being down 2-15 to eventually win th set and the match 25-23. April Krovoniak led RMU in kills with 16 and senior Kristin Thompson was right behind with 15 kills. Junior Arden Fisher recorded her second double-double in the tournament with 10 kills and 23 digs. Sophomore Brianna Frakes led the Colonials in assists finishing with 55.