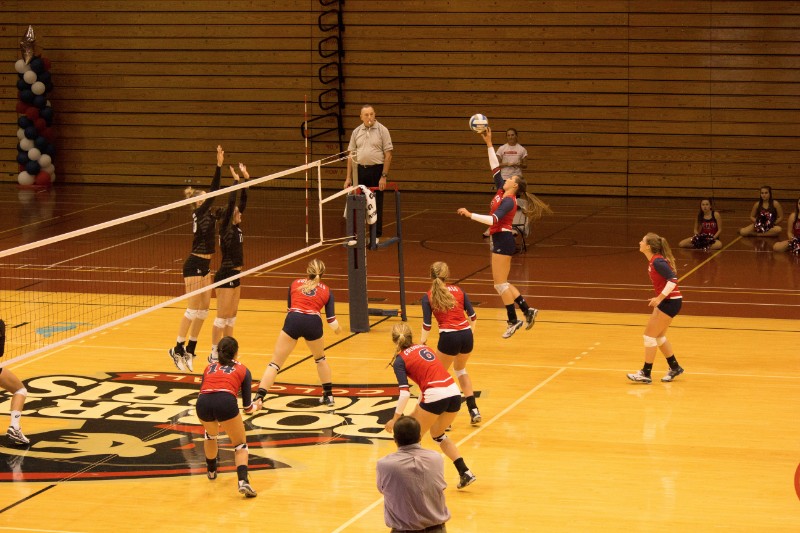 Robert Morris moved to 6-4 in NEC play Saturday after their dominating performance over the Knights.

RMU 3 (12-14, NEC 6-4), Fairleigh Dickinson 0 (3-25, NEC 1-9): The Colonials started their last home stand of the regular season Saturday afternoon when they took on the Fairleigh Dickinson Knights at the Charles L. Sewall Center. Robert Morris cruised to a 3-0 victory with set wins of 25-14, 25-11, and 25-17 to earn their sixth conference win of the season. Senior’s Arden Fisher and Leah Dunivan led RMU in kills with 8 each. Fisher also recorded and led the Colonials in digs with 14. Junior Brianna Frakes also was a big part of the Colonials victory as she led her team with 29 assists.