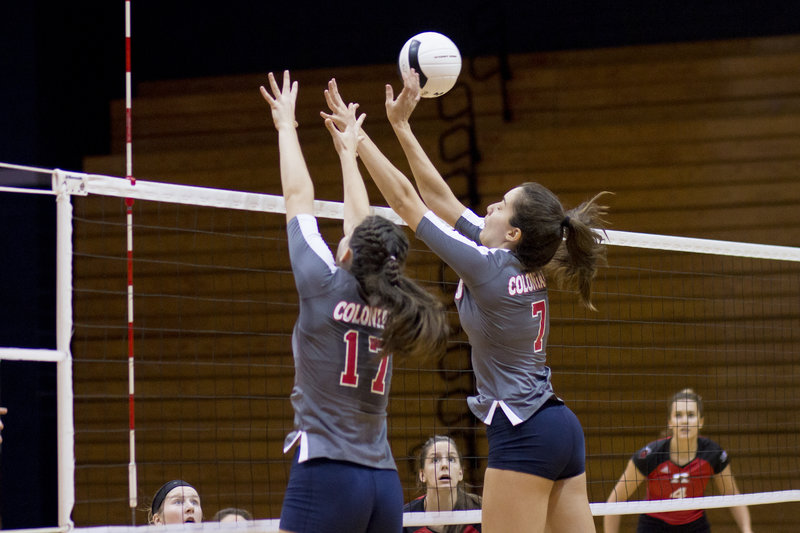 RMU 3 (7-9, NEC 1-0), St. Francis 1 (6-8, NEC 0-1): Robert Morris continued on to receive their second back-to-back win over Saint Francis University Friday. RMU went four sets with Saint Francis to start their NEC regular season with a bang. The Colonials started off slow in the first set losing 19-25, but then quickly recovered to win the other three with scores of 25-16, 25-23 and 25-22. Freshman middle blocker Maria Alfano led the pack with 14 kills and two blocks. Not far behind her was Emma Granger with 12 kills and three blocks, Mirna Sarjanovic with 11 kills and two blocks, and Alyson Londot with nine kills.

The Colonials’ next game will be at home against Sacred Heart University on Sept. 29 at 7 p.m.